WHEN we adopt simple, doable measures like conserving electricity, recycling garbage, turning off dripping taps, even the ones that don’t belong to you, and using renewable resources, we are being socially responsible citizens. However, our numbers are small, and the harm done is long-lasting. But, as they say, better late than never.

Prime Minister Narendra Modi has tried to reassert this idea of small steps going a long way, his focus and messages characteristically unambiguous. To a question from a student from Port Blair, Modi said, “Serving the nation does not only mean doing grand things. Doing small things is a big service to the nation. I would want you to become a good student and give importance to cleanliness.”

The Manekshaw Stadium packed with a 1000 students and thousands more heard him over the web attentively. From toilets to small sustainable measures, Modi is a man with a mission. For some, they may sound peremptory, but nevertheless there is big section of society that knows that we need a soft-whip to wake up a slumbering nation. No denying that the effect of a good teacher on a child’s life is monumental. Perhaps that is why the Prime Minister chose this day to value add on self-regulation on sustainable tools. As Francis Bacon said,’ Certainly the best works, and the greatest merit for public, have proceeded from single men; which both in affection and means have married and endowed the public.’ Just imagine the far-reaching impact it would have when your 10-year-old asks you to employ measures to reduce the electricity bill. From here, hence, at least your computer will be put to sleep mode and the mobile charging will be unplugged once battery is full.

I remember my 13-year-old niece telling me to turn off the car-engine at the railway station, while I callously was trying to evade the Mumbai heat. Ever since, I haven’t dared turned on the air-conditioner even at a red light. There is no denying to the fact that our children hold a very vital place in our lives. We all want to play the ‘hero’ in their eyes. A little effort from their end could very carefully imbibe back the strayed values.

India is booming and sustainable development becomes increasingly more important: According to a United Nations report, India’s population currently encompasses about 1.2 billion people and is expected to grow by another 300 million within the next couple of decades. With cities generating two-thirds of the country’s economic output, an increasing number of Indians are leaving rural areas to seek employment in cities, relying on an efficient urban infrastructure. By 2030 it is predicted that 68 Indian cities will each have more than one million inhabitants, and six megacities, more than ten million each. The rapid growth of cities causes a large number of challenges, including insufficient power supply, unreliable public transportation systems and limited access to adequate medical treatment. To meet the challenges of continuing growth without destroying the environment, planning for sustainable development is crucial.

On climate change and environment, the Prime Minister questions, “How many of you have seen a sunrise and a sunset?” He further elaborated on a young Assamese girl’s concern, ”You have to learn to live with nature. I once asked for a contest how many can put a thread through a needle on a moonlit night. Should we not switch off lights on a moonlit night?” Modi’s words could revive the age-old relationship of ‘chanda-mama’ which the gaming-engrossed gen-next had repudiated as old-school.

We all talk about global warming, landfills, depleting water level but how many of us can actually pride ourselves on being ‘sustainable practitioners’? If everyone in the world lived like we do in India, we’d need far more than one planet to support us. It’s a way of life that’s threatening the future of our natural environment, as well millions of people around the world.

We complain that the government must take measures, but from simple steps we can each adapt to make our daily lives more sustainable, and help send a clear signal that there’s a demand and a need for change. The resources we need to support our current lifestyles, if they are not finite, are generated over differing timescales. The rate of consumption of these resources by humans is related to population more especially in a country like ours. We need therefore to reconsider our lifestyles in the context of an increasing population.

After inspiration from the PM himself, I vow to take a car-pool to office, while my wife pledges to waste manage conducively. Mr. Sharma, our society secretary, has just informed us that the society will install a rain-water harvesting plant. Even as small an act as taking a recycle bag for shopping won’t hurt – baby steps count as long as you are going forward. After all, success is the sum total of small efforts repeated day in and day out!

While teaching us ‘Gurur Brahma, Gurur Vishnu, Gurur Devo Maheshwara’ the Prime Minister did tap our heads and reached our head. Salutations to our friend, philosopher, guide. 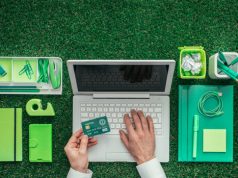 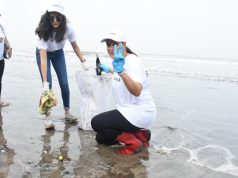