WITH less than a week left for the Narendra Modi-lead NDA government to present its maiden budget, the tone and tenor of the man of the moment, the Finance Minister, is becoming louder and bolder. “India has to make a choice between mindless populism and fiscal prudence, the opportunity to grow comes with challenges,” Jaitley said at a function organized by Institute of Chartered Accountants of India in New Delhi.

In fact, within weeks of taking over as the Prime Minister, Modi has made his intentions clear by meeting top bureaucrats in one-on-one meetings, and assuring them a free hand, in planning and setting the development agenda, as promised in the BJP manifesto. And it seems, Modi’s straight talk has had an impact. Babus from the corridors of power have been working overtime to prepare a roadmap for the future.

The otherwise scam-ridden, battered and crumbling Ministry of Mines has also reportedly made a robust plan for revival and growth. Sources in the Ministry suggest that Anup K Pujari, Secretary, Mining Ministry, has sent a full-length presentation to the PMO, outlining a long-term vision along with short-term goals. The broad theme of this presentation is development with sustainability.

The key points include:

According a report prepared by FICCI’s mining committee, India has gold resources of 490 million tonnes but only 17 per cent of it has been explored and marked as reserves. Similarly, for coal, of total resources of 280 billion tonnes, 40 per cent is available as reserves. Iron ore has 25 billion tonnes of resources, 28 per cent are reserves. The potential is obvious, but exploration of minerals, except petroleum, have been adversely impacted primarily because of regulatory hurdles and funding crunch, along with other bottlenecks; like lack of a clear-cut environmental policy and aggressive opposition from social activists and pressure group.

“It is time India put its mining sector in order. The sector’s GDP contribution has dropped from 4 per cent in 1994 to 2 per cent in FY14 and the sector’s current account deficit has increased to $26 billion. Two landmark Supreme Court judgments are expected soon,” said Chirag Shah, director, equity research, Barclays Capital.

The mining industry’s turnover was projected around 30 billion dollars by 2013. But unfortunately, more than 2-year-long policy paralyses in the former UPA regime along with a plethora of mining scams has badly impacted the entire mining and mineral industry. According to some reports, more than 60,000 mineral concession applications are pending with the Ministry, including applications for mining leases, prospecting licenses and renewal of permits.

Interestingly, mining by its nature of business and operations, contributes roughly 5 percent to wp and community development programmes, a contribution that till now was voluntary. Industry experts believe that with the mandatory wp regime and the new liberal mining policy, India could probably see a huge influx of funds for environment protection and social sector development.

Traditionally, the mining sector has been voluntarily contributing in community development programmes and social engagements initiatives, but the industry has been suffering due to policy paralysis and shortage of funds. If the Budget provides a clear-cut direction to the sector, the mining sector could perhaps play a big role in development, through our already established wp initiatives. 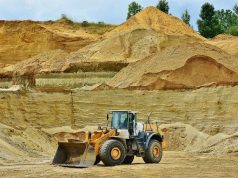 Why are PSUs spending 80% of CSR funds in mining areas?