According to a study by Clutch, 45% of employees say their company has a policy or guidelines regarding political expression in the workplace.

Often, corporate social responsibility efforts in India are inherently tied to politics, fairly or not. For example, supporting environmental sustainability can be seen by some as endorsing certain political agendas. As a result, speaking in support of that policy can be viewed by some as unwarranted political expression. As a result, CSR and political expression often become a hot button topic that requires HR services to address.

In this article, we explore the positive and negative effects that a political expression policy may have on a company’s CSR initiatives. Use the information to help determine how limiting political discussion in your workplace may affect the success of your corporate social responsibility efforts.

Companies that limit political expression in the workplace may run the risk of appearing oppressive or disingenuous. For example, if your business’s CSR programme includes social causes that campaign for basic freedoms, it may be hypocritical to limit their employees’ rights to free speech.

This sort of double standard risks the impression that your brand doesn’t actually believe in the social causes it promotes. Another factor your company needs to consider is how open discussion can result in feedback and ideas that help form new CSR campaigns and policies.

If your company limits political discussion, how will that affect your ability to develop future programs and keep on-trend with current issues?

Can restricting political expression in the workplace have a positive effect on your corporate social responsibility efforts?

When employee discussions about Google’s diversity policies got out of hand in a company discussion thread in 2016, Google executives stopped employees from discussing diversity and hiring. 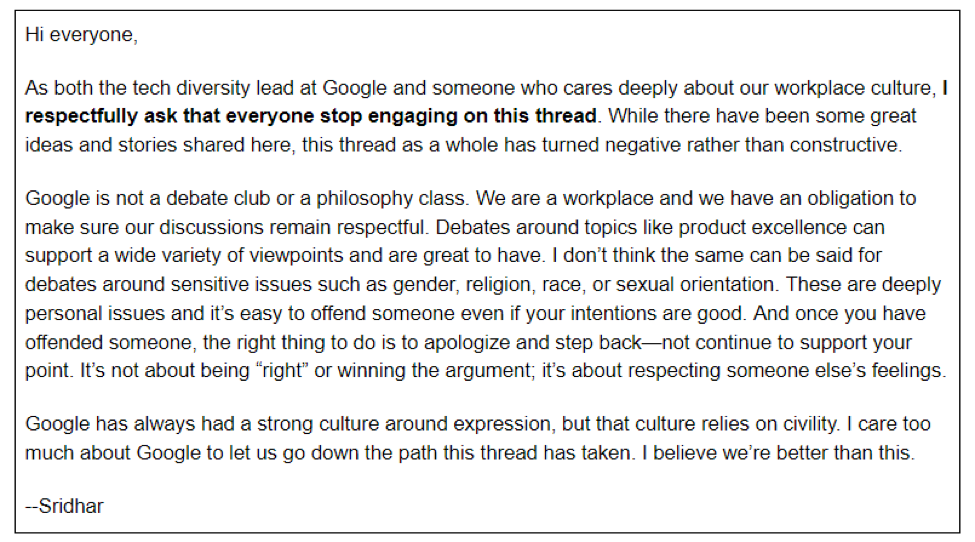 Source: “What Happened to Cory?” report by Cory Altheide

The discussions may have been a non-event if not for Google security engineer Cory Altheide, who resigned and subsequently published a document titled “What Happened to Cory?” The document revealed the damaging content of the discussion to the public. Altheide claimed that one Google executive told him: “If the majority of your coworkers are Nazis, it is better if you don’t know about it.”

The discussion that caused restrictions on employee political expressions included equally problematic comments by a few individuals who didn’t agree with Google’s diversity policies. In the discussion, these individuals questioned the validity of diversity with unseemly comments about specific races and genders. The entire event, and the conversations contained within it, eventually required Google to consider hiring a public relations firm to address.

However, it was instituted in the spirit of respect for others’ opinions and in opposition to using a forum to score political points or scorn others’ points of view. In this case, Google’s CSR policies regarding diversity were called out for being discriminatory to people who didn’t agree with Google’s opinions. Had Google proactively limited political discussions in the workplace, the company may have avoided the legal and political fallout that followed.

Limiting political expression in the workplace may have its downfalls, but your company should consider whether the limitations can do more to protect its efforts to promote the social causes it chooses to support. Small businesses likely have an easier time with this, given that they can actively regulate discussions through direct management.

Should You Limit Political Expression in Your Workplace?

The decision to allow or limit open political discussion at your business can depend on the size of your company, social causes that your support and your company culture exist.

Remaining respectful is paramount, but people (employees and customers) respect authenticity in a brand, which means that some people may disagree with your company’s stances. Whether or not they should be allowed to express that disagreement, in a political context, is a choice your company should take seriously. 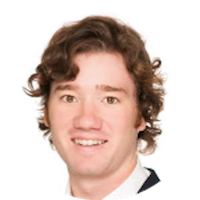 How to Sustainably Ship Products

3 Often-Missed Opportunities to Build in Harmony With the Environment