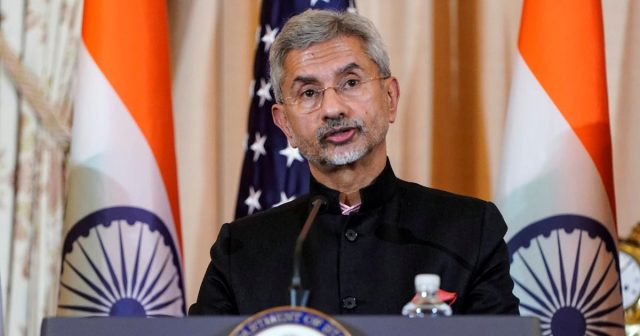 India has announced to gift 200,000 doses of COVID-19 vaccine to the UN peacekeeper forces for free. The announcement was made by the External Affairs Minister S Jaishankar while addressing the UN Security Council meeting on COVID-19.

“Keeping in mind the UN Peacekeepers who operate in such difficult circumstances, we would like to announce today a gift of 200,000 doses for them,” he said.

UN Secretary-General Antonio Guterres responded to the announcement and said that he is “extremely grateful” for the gift.

“We are extremely grateful for this donation announced today by the Indian delegation. The distribution will be operationalised by the UN’s Department of Support,” Stephane Dujarric, Spokesman for the Secretary-General, told PTI.

A gift of 200,000 #COVID19 vaccine doses from the Government and the people of India 🇮🇳 to @UNPeacekeeping 🇺🇳 shipped to Denmark today.

This important donation will not only protect the health of #UNPeacekeepers but also protect their capacity to continue #ServingForPeace. pic.twitter.com/sg5fMKDAFt

Permanent Representative of Rwanda to the United Nations, Ambassador Valentine Rugwabiza tweeted, The gesture & announcement by India of a gift of vaccines for UN Peacekeepers is much appreciated. Vaccinating #UNPeacekeepers who put their lives on frontlines to protect civilians & Peace agreements is the largest security multiplier in the context of a global COVID-19 pandemic.

The External Affairs Minister remarked that India has been at the forefront of the global fight against the pandemic. Earlier, India had provided critical medicines, diagnostic kits, ventilators and personal protective equipment to more than 150 countries, about 80 of them on a grant basis.

Additionally, under the country’s ‘Vaccine Maitri’ initiative, India has emerged as the largest vaccine supplier in the world. In fact, starting with the immediate neighbours, India has already supplied vaccines to 25 nations across the world. In the coming days, the country is set to supply the vaccine to 49 more countries including countries from Europe, Latin America, the Caribbean, Africa, South-East Asia as well as the Island Countries of the Pacific.

Migrants in Asia and the Pacific at higher risk of COVID-19 and its socioeconomic fallout, says new report

Should Corporates Deploy CSR Funds to Inoculate Employees Against COVID-19?