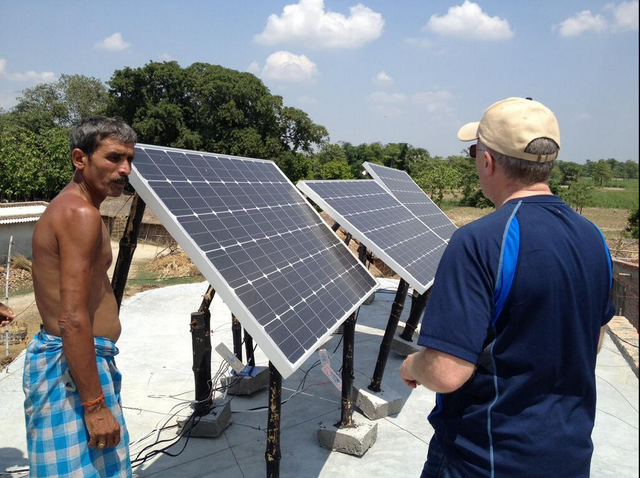 India has cancelled plans to build nearly 14 gigawatts of coal-fired power stations – about the same as the total amount in the UK – with the price for solar electricity “free falling” to levels once considered impossible.

Analyst Tim Buckley said the shift away from the dirtiest fossil fuel and towards solar in India would have “profound” implications on global energy markets.

According to his article on the Institute for Energy Economics and Financial Analysis’s website, 13.7GW of planned coal power projects have been cancelled so far this month – in a stark indication of the pace of change.

In January last year, Finnish company Fortum agreed to generate electricity in Rajasthan with a record low tariff, or guaranteed price, of 4.34 rupees per kilowatt-hour (about 5p).

Mr Buckley, director of energy finance studies at the IEEFA, said that at the time analysts said this price was so low would never be repeated.

But, 16 months later, an auction for a 500-megawatt solar facility resulted in a tariff of just 2.44 rupees – compared to the wholesale price charged by a major coal-power utility of 3.2 rupees (about 31 per cent higher). 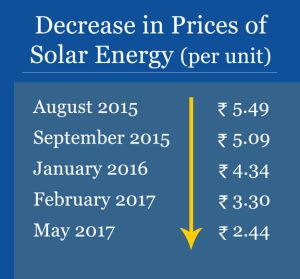 “For the first time solar is cheaper than coal in India and the implications this has for transforming global energy markets is profound,” Mr Buckley said.

“Measures taken by the Indian Government to improve energy efficiency coupled with ambitious renewable energy targets and the plummeting cost of solar has had an impact on existing as well as proposed coal fired power plants, rendering an increasing number as financially unviable.

He said about it has been accepted that some £6.9bn-worth (approx. 57,181 crore) of existing coal power plants at Mundra in Gujarat were “no longer viable because of the prohibitively high cost of imported coal relative to the long-term electricity supply contracts”.

This, Mr Buckley added, was a further indication of the “rise of stranded assets across the Indian power generation sector”.

Investors from all over the world were showing an interest in India’s burgeoning solar sector.

“The caliber of the global financial institutions who are bidding into India’s solar power infrastructure tenders is a strong endorsement of India’s leadership in this energy transformation and will have significant ripple effects into other transforming markets, as is already seen in the UAE, South Africa, Australia, Chile and Mexico,” Mr Buckley said.