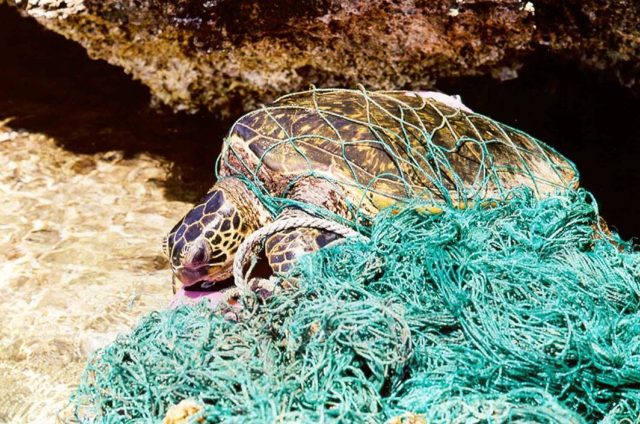 World Animal Protection welcomes the recent announcement by the Government of India to invest in upgrading the fishery and aquaculture infrastructure. Many people in India depend on the sustainable management of our oceans, both for their livelihood as well as food security. World Animal Protection calls on the government to ensure that planned loans through the Fishery and Aquaculture Infrastructure Development Fund also address the issue of lost and abandoned fishing gear, also known as ‘ghost gear’.

“We hope India will join the 12 nations that currently already support the Global Ghost Gear Initiative (GGGI) to show its leadership in this area and establish a mechanism for further exchange of views and best practices with other stakeholders around the world. We would also like to see application of the Best Practice Framework for the Management of Fishing Gear by all parties involved in the fisheries supply line,” said Gajender K Sharma, India Country Director at World Animal Protection.

World Animal Protection had earlier written to the Indian Navy to increase Navy patrols to prevent, deter and eliminate illegal, unreported and unregulated (IUU) fishing to tackle the issue of ghost gear, and to protect our fishermen, our economy, local communities and marine life,fishing.

But it’s not only the government which has a role to play in addressing the threats of ghost gear.

A report released today by World Animal Protection has found that the world’s 15 biggest seafood companies need to do more to stop their lost fishing nets killing millions of fish every year.

An estimated 5 to 30% of the decline in some fish stocks can be attributed to ‘ghost gear’-abandoned, lost or discarded fishing gear (ALDFG), which can take up to 600 years to decompose.

The 15 seafood companies in the report‘ Ghosts Beneath the Waves’ are ranked from 1 to 5 on their ability to address the problem of ghost gear; with tier 1 being the best and tier 5 the worst.

Not one of the world’s biggest seafood companies achieved tier 1 status by leading the way with best practice, or tier 2 status by making responsible management and handling of their fishing gear integral to their business strategy.

Only three of the 15 companies achieved “improver” tier 3 status, as they have established policies for the management and handling of their fishing gear:

Worryingly, the report shows that 73% of assessed companies do not have a clear position on abandoned, lost or discarded fishing gear or publicly acknowledge the issue.

The prevention of ghost gear is vital, as not only does it deplete fish stocks, it is also killing our marine life. Every year more than one hundred thousand whales, dolphins, seals and turtles become entangled in ghost gear. Lost gear is four times more likely to trap and kill marine animals than all other forms of marine debris combined. In addition, it is also contributing to the ocean’s plastic problem with more that 70% of macroplastics by weight being fishing related.

Ingrid Giskes, Global Head of Sea Change at World Animal Protection, said: “Fishing gear is designed to catch and kill, and when it is left in the ocean it is the most harmful form of marine debris for animals. It’s heart-breaking to know that animals caught in this incredibly durable gear can suffer from debilitating wounds or suffocate or starve to death over a number of months.”

“We hope to see the companies at the bottom of the ranking working hard to improve and rise in the ranking in future years. These companies must remember that consumers demonstrate they care about the welfare of animals when they are deciding what brands to put in the shopping baskets. Joining the Global Ghost Gear Initiative (GGGI) is an important first step they can take.”

The GGGI is an alliance founded by World Animal Protection in 2015, dedicated to tackling the problem of ghost fishing gear on a global scale. The GGGI’s strength lies in the diversity of its participants including the fishing industry, the private sector, academia, governments, intergovernmental and non-governmental organizations. Every participant has a critical role to play to mitigate ghost gear locally, regionally and globally.

The report clearly demonstrates that companies who join the GGGI perform better at addressing ghost gear in their supply chains as well as contributing to the delivery of the United Nation’s Sustainable Development Goals. Through the expertise and knowledge of GGGI members, companies can contribute to significantly reducing ghost gear entering our oceans by 2025. 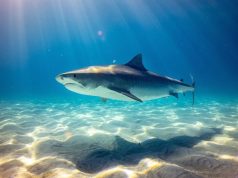