Home CATEGORIES Environment Food Wastage In India, And What You Can Do About It
SHARE
Facebook
Twitter
INDIANS waste as much food as the whole of United Kingdom consumes – a statistic that may not so much indicative of our love of surfeit, as it is of our population. Still, food wastage is an alarming issue in India. Our street and garbage bins, landfills have sufficient proof to prove it.

Weddings, canteens, hotels, social and family functions, households spew out so much food. According to the United Nations Development Programme, up to 40% of the food produced in India is wasted. About 21 million tonnes of wheat are wasted in India and 50% of all food across the world meets the same fate and never reaches the needy. In fact, according to the agriculture ministry, INR 50,000 crores worth of food produced is wasted every year in the country.

In India, the bigger the wedding, the larger the party and the more colossal the waste. No doubt weddings and banquets are a huge source of food wastage, but restaurants and hotels also contribute to food wastage, though the awareness around this has grown in the last five years. While some restaurants in India employ food controllers to check food spoilage, others donate it to their staff and other personnel, and smaller standalone restaurants, donate it to orphanages. Few also reuse non-perishable food.

Why is food wastage a problem?

The Minister of Food Processing Harsimrat Kaur Badal seems to have chalked out a roadmap. Yes, a map literally, which shows exactly what fruits and vegetables are grown and where.

She says, “My ministry works as a catalyst. It has the potential for doing a couple of thingswhich are the need of the hour. Firstly, bring down food wastage. Food is being wasted at the harvest point and during transportation. If the same food which is wasted can be processed, it would mean it could either be available in raw form or in bottled form at a price which is affordable to the aam aadmi.”

Food wastage cripples a country’s economy to an extent that most of us are unaware. Some measures that the government needs to take include containing wastage in transportation, improve storage facilities (the cold storage chain is 50% less than required and that too needs to be brought up to world standards), food processing also needs to be sped up so food is saved and wasted less to feed more.

While you may not be able to reduce food lost during production, you can certainly reduce food at your personal level of food waste. Every step taken in the right direction counts.

Here’s what one can do on a more personal level to contain the food wastage:

How You Can Help

Feeding India, which was founded with the object of eliminating hunger, aims to connect hunger and food waste as solutions for each other. Started in 2014, it now operates in more than 30 cities across India. It believes in feeding mouths, not bins. They collect the food waste from individuals, weddings, canteens, and other events and redistribute it to the needy, free of cost. Anyone can get involved to donate and become a volunteer.

Last but not the least, make sure you don’t waste food (even a morsel). 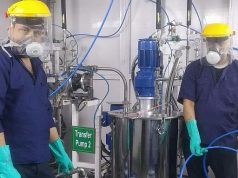 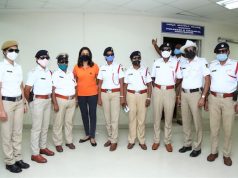 COVID-19: Embassy Group Supports Fighters at the Forefront of the Pandemic 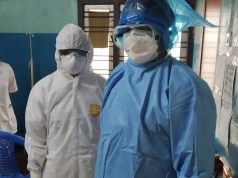