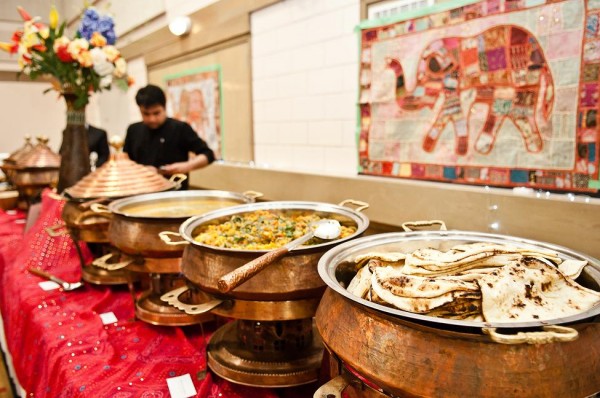 The Delhi government has drafted a policy to keep a check on the food wastage at social functions in the national capital.

All organisers and caterers will have to register themselves with NGOs to manage the surplus and leftover food for distribution among the underprivileged, says the draft policy. “The caterer should make proper arrangements to handover fresh surplus and leftover food to these NGOs,” reads the Draft ‘Policy for Holding Social Functions in Hotels, Motels and Low-Density Residential Area (LDRA) in National Capital Territory of Delhi’.

According to the draft policy, the owner, organiser, and the caterer must have the necessary permissions including FSSAI license from Delhi’s Department of Food Safety, Ministry of Health and Family Welfare to run their kitchens or to sell or serve prepared food for the guest and the consumer.

“They should be registered with some NGO to manage surplus/leftover food by distributing the same among underprivileged. The caterer should make proper arrangements to handover fresh surplus and leftover food to these NGOs.”

The food preparation should be according to the ceiling of the number of guests as per prescribed capacity of the motel and LDRA. The number of guests cannot exceed the guest limit approved by the Urban Local Body (ULB) for that function site, it says.

The rules will be enforced by periodical inspections, which shall be conducted by officers of various state stakeholder agencies.

“Further, officers of respective ULB will conduct random or complaint-based inspection. The violations would be noted with proofs by the inspecting officers without the disrupting the function. In the event of violation of any of the conditions, the penalty would be imposed against violators under specific act/rules/orders.”

“The capacity of the space should be determined by multiplying the total number of car parking available by four or by means the number of persons obtained by dividing the gross floor area of the premises by occupant load factor at 1.5 sqm, whichever is less,” says the document.

It said adding that the total number of days on which a social function can be organised are restricted to 120 days in authorized/approved spaces.

The draft also said that motels and LDRA should be constructed as per sanctioned building plan. “Minimum area of LDRA must be equals or more than 2.5 acres. Only such Motel and LDRA houses should be permitted to hold social functions which have proper access to the road from a main road (60 ft wide or more) and the LDRA should not be located at a road which ends in a dead end,” it said.

According to an official from the government, the decision to formulate a comprehensive policy regulating social functions was taken after the direction of the Supreme Court.

“Further, in view of Motel Policy of Ministry of Tourism 1995, policy for holding social functions in Farmhouses of Government of NCT of Delhi, Master Plan 2021(MPD 2021), amendments in MPD-2021 notified in 2013, a comprehensive policy was required to be drafted,” the official told IANS on the condition of anonymity.

The Chief Secretary has constituted a committee of four officers, including Principal Secretaries of Urban Development and Health, Chief Executive Officer, Delhi Jal Board and Member Secretary, Delhi Pollution Control Committee, to draft the policy.

“Accordingly, the committee after consultation with all stakeholders drafted the policy keeping in mind concerns of Environment Pollution (Prevention and Control) Authority (EPCA) and Supreme Court such as stop the use of perennially installed semi-permanent pandals, nuisance of parking on outside road of the venue, safety of guests and general public, stop the misuse of scarce resources like water and stop any kind of pollution or degradation of Environment,” the official said.