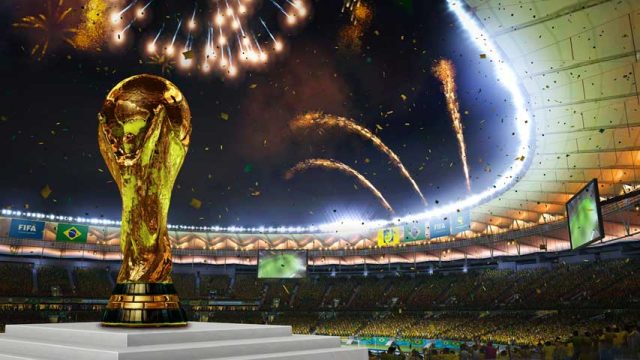 FOR several months now, FIFA’s legitimacy as the governing body of international soccer has been called into question over allegations of corruption, lack of transparency and accountability. Now, as the FIFA World Cup 2014 in Brazil, the world sport’s most-watched tournament, has come to a close, with Germany reigning supreme, the emphasis on issues of the tournament’s social impact has never been sharper.

To be fair, FIFA’s wp programmes have been more robust this year since the department was started in 2005, even if many are calling its charitable initiatives only a way to mask its failure to take action where it matters the most. From solar-powered stadia, to its organizing street football initiatives for under-privileged youth, FIFA’s wp programme this year has been at odds with the slew of allegations. However, many believe that while all the wp initiatives are a step in the positive direction, they cannot absolve FIFA of its responsibility to greater accountability for its policies. Here are some of the programmes it undertook this year:

[creativ_pullright colour=”red” colour_custom=”” text=”For the first time, the final match of the FIFA World Cup will be powered by solar energy. Over 1,500 Yingli Solar panels are installed producing enough electricity to power an estimated 240 homes annually.”]

FIFA has triumphantly declared the real star of the 2014 World Cup final as the sun. Football for the Planet is the official environmental programme of FIFA and aims to mitigate the negative impact of its activities on the environment. For the first time, the final match of the FIFA World Cup will be powered by solar energy. The Estádio do Maracanã (popularly known as the Maracana stadium) has been renowned as one of football’s most iconic venues since the 1950 World Cup. This year, with over 1,500 Yingli Solar panels installed, the solar project will produce enough electricity to power an estimated 240 homes annually, preventing the release of about 350 tons of carbon dioxide into the atmosphere each year. The prominent placement of the panels was aimed to bring green energy to the global stage during the final match of the World Cup, helping to raise environmental awareness among football fans worldwide.

Even the Arena Pernambuco, home to five matches of the 2014 World Cup was powered with clean energy from a 1MW ground-mounted solar power plant, the first for the Brazilian state of Pernambuco. The project contains more than 3,650 high-efficiency Yingli Solar panels, which are expected to generate about 1,500MWh of clean electricity each year.

”Sustainability is one of the key tenants in our vision for the 2014 FIFA World Cup… We hope this landmark project will be the catalyst to increase the production and use of renewable energy in the country,” said FIFA’s Head of Corporate Social Responsibility Federico Addiechi.

One of the main factors in global warming is the Carbon Dioxide (CO2) that is released into the atmosphere through human activities. FIFA has estimated the total carbon footprint of the 2014 FIFA World Cup Brazil™ to be 2.7m tonnes CO2 of which an estimated 251,000 tonnes are under its operational control. FIFA has claimed it is offsetting all emission under their operational control through carefully selected carbon-reduction projects in Brazil.   These emissions include travel and accommodation of all staff, officials, teams, volunteers and guests as well as emissions of venues, stadium and offices. In addition, FIFA invited successful ticket applicants to offset the emissions resulting from their travel to the tournament for free, no matter where in the world they are travelling from.

The objective of a new waste law in Brazil is to better control the handling and destination of waste. In collaboration with local waste cooperatives, FIFA, the Local Organising Committee and Coca-Cola have developed a waste management system for the stadiums to ensure that waste is handled properly and recycled where necessary.

Football for Hope has been the main branch of FIFA’s charitable work) since the creation of its wp unit in 2005. One of the fastest growing initiatives, FIFA has invested $36m into the Football for Hope initiative since it was launched.

The Football for Hope Festival 2014 took place from July 2 to July 10 in Caju, Rio de Janeiro. The Festival brought together 32 delegations of young representatives from Football for Hope-supported organisations. The participants were chosen due to their great leadership potential and to the contributions they have made towards building a better future through football in their respective communities.   The projects they help to run are tackling a variety of social issues, from homelessness in the UK and landmines in Laos, to HIV/AIDS education in South Africa and responsible citizenship in Brazil. The festival’s programme included an array of cultural and educational activities for the delegations, capacity-building workshops promoting fair play, culminating in a football tournament, where mixed teams will compete without referees. Any disagreements on the pitch will be resolved through dialogue, a method proven to encourage personal development and mutual understanding.

FIFA had announced financial support of $1.05m for 2014, distributed among 26 community-based programmes in Brazil. Across the world, a total of 108 football-related social development programmes will benefit from FIFA’s financial support this year for a total amount of $3.1m USD.

Speaking at the closing ceremony of the Caju event, FIFA’s wp head Federico Addiechi said, “It exceeded all of our expectations in terms of the experience we have created for youngsters to come together from around the world and compare notes on how their respective organisations are using football to tackle some of the pressing issues that they face in their communities. It is these learnings that will help them continue to build a better future in their home communities.

FIFA’s social projects now also include campaigns for anti-racism and fair play. Acknowledging the urgent need for tackling the rough discrimination and racism often evidenced at the matches, FIFA President Joseph Blatter said, “Unfortunately, our extremely popular sport – which involves nearly a billion people throughout the world – is affected by several scourges: violence, cheating, doping, match fixing and discrimination. At FIFA, we try to tackle all of them, but the question of discrimination angers me in particular. It’s abhorrent and we have to combat this evil, but it’s difficult to find the adequate response.”

However, the adequacy of FIFA’s response has often been called into question, in matches where there has been a lack of strong and swift action against discriminatory behavior on the part of fans that has been obstructing the smooth play of the games. FIFA Secretary General Jérôme Valcke says, “The integration of anti-discrimination officers requires comprehensive preparation and training of independent experts in anti-discrimination topics from each of the participating countries. It was not expected that the project would be implemented at the 2014 FIFA World Cup. Therefore, the Task Force had decided that the necessary resources should be in place for the project to be developed as soon as all elements including the selection and training of such anti-discrimination officers would be in place.”

Partner sponsors of FIFA like Sony have partnered with Streetfootballworld, a network in the field of social change through football, to supply Street Football Stadiums to local NGOs in Latin America. The project uses football to address social issues such as poverty and conflict, and has supported the implementation of educational workshops using these stadiums where children will be able to learn the importance of teamwork, communication and respect, in football and in society. The workshops, organized by streetfootballworld and its affiliated NGOs, has been supported by Sony since June, and the support will continue for a period of one year after the 2014 FIFA World Cup™, with a total of over 14,000 children expected to participate in these workshops.