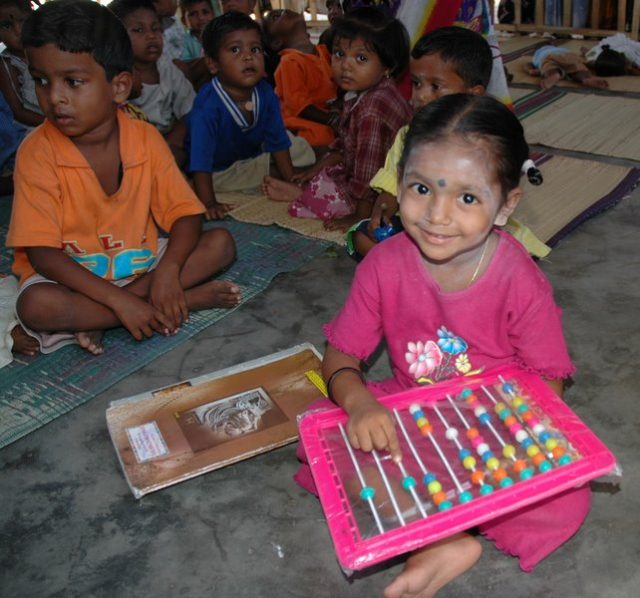 Education for girls has always been taken for granted in India. But with new initiatives and government schemes, things have taken an upward turn and people now realise the importance of girl education in India. Studies reveal that compared to 57.39% boys, 60.39% girls dropped out before reaching the upper primary level and against 78.40% boys, 81.72% girls dropped out by or before reaching the secondary level.

Social barriers like poverty, only to look after the kitchen and household work, misconception that marriage is the ultimate aim of a girl’s life are some of the issues still largely prevalent. More importantly, security of girls in educational institution is one of the main worry that holds back parents, which results in a high drop-out rate among girls.
In 2007, the Ministry of Women and Child Development, with the help of UNICEF, Save the Children and Delhi-based organisation Prayas, reported that two out of three Indian children face physical abuse and more than half face sexual abuse in some form. Children in institutional care reported the highest incidence of sexual abuse and assault. The Asian Center for Human Rights found that child rapes had increased by 337 percent over 10 years, increasing from 2,113 incidences in 2001 to 7,112 in 2011.

Not only are women and girls unsafe at home, but their vulnerability extends to learning environments. India has 3.8 million girls still out of school, and unsafe and ill-equipped school environments are a further deterrent for parents to send their girls to school.  According to India’s 2011 census, 53 percent of households and 11 percent of schools had no toilets. This is a significant safety hazard for girls and women and gives them no other choice but to expose and relieve themselves in unsafe and public places.

While girls’ education has received some attention as a result of global advocacy, a broader view of education is needed. This should comprise of the physical, social and political circumstances in which girls are living. The Beti Bachao Beti Padhao campaign needs greater involvement, inclusion and participation. Educators in India have an important role to play in the same.

Recently, Dr Aditi Sharma, the only woman wildlife veterinarian in the state and who is at present posted at Rajaji Tiger Reserve, has been selected as the brand ambassador for the state government’s ‘Beti Bacho Beti Padao’ (save and educate girl child) campaign. Dr Sharma has been chosen for her ‘indomitable courage’ in tackling wildlife, especially tranquilising ferocious animals such as leopards and elephants in human-animal conflict situations.