The national capital is one of the busiest, most urbanised cities in the country and bears the responsibility of rapid economic growth and industrialisation. According to the Census data, the decadal growth rate of population during 2001-2011 was recorded at 21.2 per cent. Naturally, to support the needs of a population this big, the government had to undergo a fast change in infrastructure and policy. By catching up with the development needs of the city, the quality of the environment in the city is heavily compromised.

The presence of harmful, toxic substances like carbon and sulphur, in Delhi’s air, is indisputable. The Delhi smog was a cause of concern to all. According to a SAFAR analysis, in Delhi, around 7.6 per cent of the particulates are made of black carbon (BC), stated a report published by Times Of India. Sulphate (SO4) particles stand at around 7 per cent, the larger presence of which would have heightened the toxicity of Delhi’s air. The number of vehicles registered in Delhi has increased from 31.64 lakh in 1999-2000 to 97.05 lakh in 2015-16, according to the Economic Survey of Delhi. This has enhanced the pollution levels of Delhi by the emission of pollutants by these vehicles.

Even the river Yamuna has suffered heavily from pollution. The 48 kilometer stretch of the Yamuna River in Delhi is highly contaminated because of untreated sewage and also the discharge of untreated industrial effluents. Delhi Pollution Control Committee has been conducting monthly water quality monitoring of river Yamuna (at 9 locations) and major drains (21 drains) falling into river Yamuna.

According to the Economic Survey of Delhi, recent water quality monitoring reports of river Yamuna indicate that the water quality parameters are not meeting prescribed norms by the government in most places.

Since the alarming rate of pollution in the capital, the government has been on high alert regarding the environment in the capital. Delhi Jal Board has prepared a scheme to give sewage treatment facilities in colonies that are unplanned or unauthorised. Delhi Pollution Control Committee is the pollution control statutory agency and regulator that collects samples of treated effluents from all operational STPs on monthly basis. Deficiencies and analysis reports are sent to Delhi Jal Board (DJB) to meet the desired norms. One of the main sources of water pollution is the waste material discharged by industrial units. Waste materials like acids, alkalies, toxic metals, oil, grease, dyes, pesticides and even radioactive materials are dumped into the drains by many industrial units.

Even though the government is doing its job, the environment in Delhi is at its all time worst, in the history of independent India. The schemes by the state will only work if the citizens are extending their support as well. Strict industrial norms regarding waste management and government policies regarding sewage treatment will support the movement of a healthy, ecologically stable Delhi. While World Nature Conservation is being observed globally on July 28, New Delhi must be brought under scrutiny, to bring about the most required change. 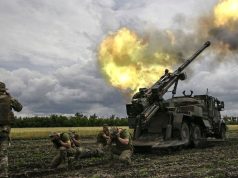