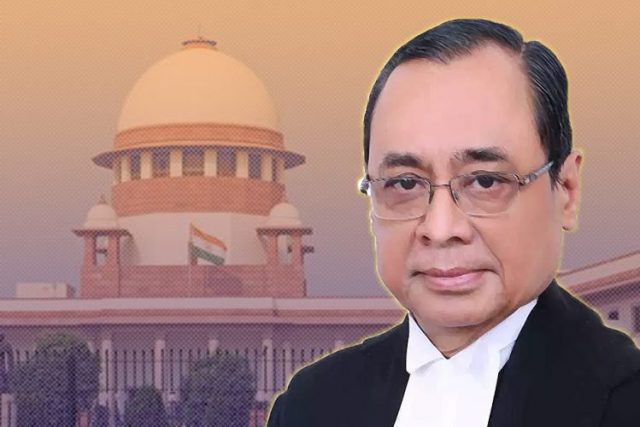 A woman who used to work as a junior court assistant in the supreme court of India accused has the Chief Justice of India (CJI) Ranjan Gogoi of sexual harassment. She wrote to 22 of its judges on April 19, alleging that the CJI made sexual advances at her at his residence office on October 10 and 11. In the affidavit, the woman said that after she rebuffed the chief justice, she was moved out of his residence office, where she had been posted in August. Two months later, on December 21, she was dismissed from service. One of the three grounds for dismissal, as detailed in an inquiry report, was that she had taken casual leave for one day without approval.

The CJI Gogoi denied the allegations during a special hearing on April 20 saying that he did not “deem it appropriate” to reply to the allegations and that they were part of a “bigger plot”, possibly one to “deactivate the office of the CJI”. Gogoi said the woman has a criminal background, with two cases against her.

A Top Court Employee Advocate Utsav Bains claims that the allegation made on the CJI is linked to a larger conspiracy to get the justice to resign from his office in order to continue the corrupt business of some politicians and corporates. He submitted an affidavit which said: “On 19th April, 2019, a very reliable person, strictly on the condition of anonymity and in good faith, informed the Deponent about a corporate figure who tried to approach a Hon’ble Supreme Court judge to get a favourable order in a high-profile case listed before this Hon’ble Court but was unsuccessful and then the said corporate figure attempted to get the case transferred from the court of that Hon’ble Supreme Court judge but did not succeed and thus ganged up with an alleged fixer by the name of Romesh Sharma and his aides to frame the Hon’ble Chief Justice of India in a false case of sexual harassment to pressurize him to resign.”

On one hand, the CJI, who is responsible to serve justice to all is under the radar. If the allegations are proven correct, then who should the people of India lay their trust? If the allegations are however not correct, and it is indeed a conspiracy, then the accusations made by the woman can prove insensitive to all the other women who have actually faced this and more at the workplace. A woman will then be responsible for the downfall of all the other women who are at risk of not being heard.

Either way, India is at a crossroad. The people are in dilemma as to who to believe in. Injustice is not an option. And any result is bound to leave scars on the belief system of the entire nation.