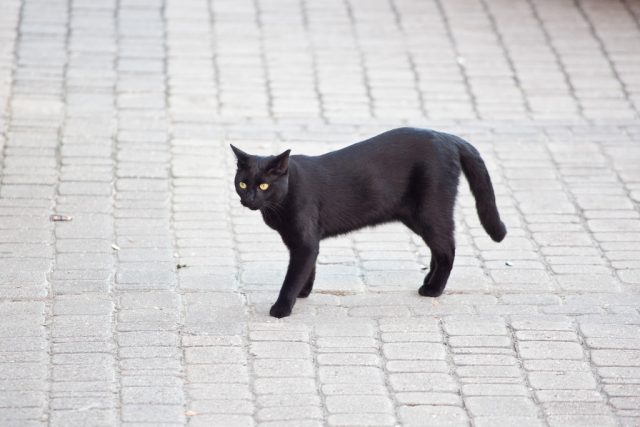 It has been almost two decades since we have entered the 21st century. Science has advanced so much that humans are actually exploring space tourism. Technology has touched almost everyone in some or the other way. About half a billion people in India have access to internet which has simplified dispersal of information. However, many people still believe in absurd superstitions and go out of the way to adhere to them.

Superstitions are wide spread social problem in India since ancient days. Superstitions refer to beliefs which cannot be explained scientifically and are attributed to supernatural occurrences. The origins of some of these superstitions have logic behind them, but over time this logic has been forgotten and the superstitions are still blindly followed.

Most Indians would be familiar with superstitions such as, not passing by the road that a black cat has crossed, or not cutting thy nails after sunset, or applying kohl to a new born baby to protect them from evil eye. These superstitions if followed religiously might not cause much harm. However, there are other superstitions that would cause real damage to life, and perhaps hold us back from becoming a developed nation.

The Delhi Mass suicide case was one of the results of blind superstition where 11 members of a family from Delhi committed suicide by hanging themselves. According to the preliminary investigation, religious notes were found by them, which talked about attaining salvation and the days which are auspicious to give away life.

It is believed that rural India is the breeding ground for superstitions. However, even a metro city like Mumbai is not immune to these toxic practices. In fact, the city’s transport network is full of posters advertising quacks who can solve anything from love problems to business disputes. Superstitions are generally due to lack of education but statistics in India tell a different story. In spite of three quarters of Indians being literate according to the 2011 census, Superstitions have a stronghold on majority of India’s population.

These customs are century old practices and now overlap the religion and culture of an individual. This has created a sensitive situation wherein the law grants it as a fundamental right of “Freedom of Religion”. The rising level of stress has also contributed to the growth of superstitions as people tend to look out for alternate means to get relief.

There has been some success in eradicating certain superstitions. Recently, an MLA from Andhra Pradesh ate, bathed and slept at a crematorium for two days to combat superstitions in his constituency. However, on the other hand, a certain chief ministerial candidate in India’s most populous state refused to visit a city because of the history of people having visited the city and losing the elections. Politicians represent the people and they need to take steps to ensure that they lead by example in brandishing such beliefs and customs.

The country has been successful in eradicating the practice of Sati and human sacrifice in spite of their prevalence throughout India few decades ago. The government is also working towards eradicating the evil dowry system, that has cost many young women their lives.

Maharashtra government has passed a law which criminalises practices related to black magic, human sacrifices, use of magic remedies to cure ailments and other such acts which exploit people’s superstitions, in the year 2013. However, under pressure from religious organisations, the list of banned activities under the law has continually reduced over the years.

India is a Multicultural country where religion is a sensitive issue. However, perpetuating these superstitions holds the country back from becoming a superpower that it deserves. It is necessary to remove these superstitions, the steps taken to curb them cannot be drastic. It is important for people to understand the repercussions of following the superstitions. For, it is the people that make or break the country.