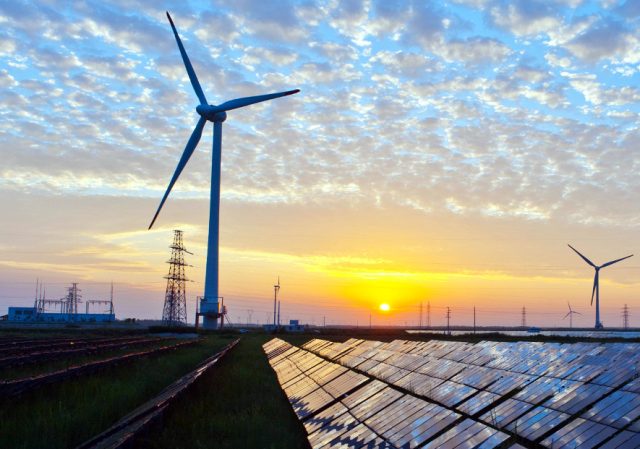 With depleting resources in the world, energy crisis have begun to hit many parts of India as well as the world. This has led many countries to research and develop technology as well as infrastructure to enable production and usage of renewable energy.

There has been a lot of innovation in the renewable energy sector. Presently, with the Central Government’s focus on renewable energy as a key aspect of its agenda, the Indian industry is at the forefront in adopting and promoting the latest energy efficient tools and technologies. This bodes well for the ecology and the economy, and with a structured approach to policy implementation, the sector holds the potential to emerge as the foremost sunrise industry in the country.

According to a study by Indeed, the world’s no. 1 job site, there has been an surge of interest in jobs in the renewable energy sector in India, with the solar energy sector leading with an increase of 76% in the number of job searches between October 2014 and October 2017. With the introduction of the Central Government’s Scheme for the Development of Solar Parks in December 2014, various parts of India have seen the installation of solar plants, making the solar energy sector account for one of the highest generation capacities in the Indian electricity grid.

In recent years, India’s increasing efforts towards the expansion of renewable energy have led to a substantial increase in solar power generation, through the setting up of several solar parks and solar power projects. In 2017, India saw its solar power generation capacity cross 21.5 billion units (BU) of electricity. At the same time, there has been an increase in job searches for solar design engineers by 404%, solar project engineers by 332% and solar electrical engineers by 169% between October 2014 and October 2017.

Incidentally, the wind energy sector, which is largely complementary to solar in India, saw only a 28% increase in the number of job searches during the same time period.

Mr. Sashi Kumar, Managing Director, Indeed India, said, “India has witnessed substantial growth in the renewable energy sector since 2014, which has led to the rise in the number of job seekers looking for work opportunities in the field. India has also taken the lead in demonstrating its commitment to the environment, with initiatives and policies such as the International Solar Alliance (ISA), which was founded in 2016 towards the promotion and development of solar technologies, especially to poor and remote regions.”

Initiatives such as the Solar Cities Programme, the launch of an Indian satellite to monitor greenhouse gases, and the Indian Network for Climate Change Assessment (INCCA) have opened doors for employment for skilled professionals in India. With the increased participation of women in the renewable energy sector, India can safely hope to achieve the projected target of employing over 300,000 people in the sector by 2022.

India has Already met its Renewable Energy Targets of 2030