Cavinkare today launched its Walk India CSR initiative in Assam by donating free customized artificial limbs to over 100 deserving amputees from in and around Goalpara, Bongaigaon and Barpeta region of the state. This marks Assam to be the first state after Tamil Nadu to benefit from Walk India. This CSR campaign by CavinKare offers support to amputees who lost their limbs due to prolonged illness or accidents. Conducted in association with an NGO named Freedom Trust, ‘Walk India’ campaign has till now benefitted over 500 amputees across various regions in India.

‘Walk India’ campaign is a step towards further strengthening the support for the disabled in the country and spreading awareness to various corners of the state and country. MD Sudharsan, Director, Corporate Affairs, CavinKare handed over the artificial limbs along with other senior dignitaries of the company, employees and trust.

Starting August last year, several special camps were organized in and around the regions of Assam, wherein employees from Cavinkare Assam factory and expert personnel of the Trust were sent to personally meet the amputees and take their measurement for creating customised artificial limbs.

Employees had visited and done mass on ground campaigns in and around Goalpara, Bongaigaon and Barpeta region of the state to ensure maximum people get benefitted through this initiative. Over time, the artificial limbs were custom-made for over 100 people and were handed over to them today.

M D Sudharsan, Director, Corporate Affairs, CavinKare said, “I really cannot think of a better way of starting the New Year than this.” Dr. S Sunder, Founder & Managing Trustee, Freedom Trust said, “With the launch of our Walk India Project we have been able to make a great difference in the lives of the amputees. With minimum training, we are happy to see that people would be able to stand up immediately and carry on with their day to day activities.” 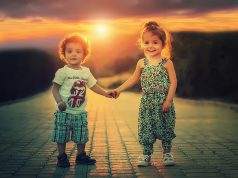 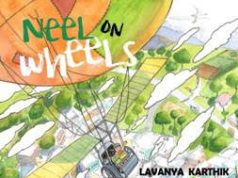 Books Portray Children With Disabilities In Their Stories