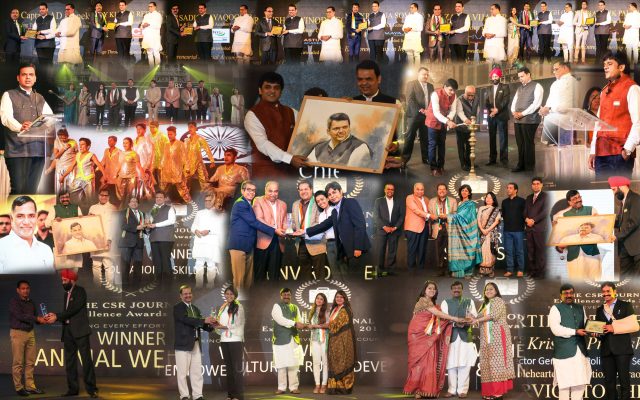 The CSR Journal Excellence Awards 2017 saw corporate and NGOs receive recognition for their unique initiatives, through a live judging process, conducted by an 11 member panel jury, consisting of senior-level bureaucrats, internationally recognised social-changemakers and leading public figures. This decorated evening welcomed a gathering of over 250 personnel from the social responsibility sphere.

Members of the esteemed jury panel were:

The CSR Journal Excellence Awards aimed to inspire movement in the social sphere of the country, by awarding those making significant contributions to the society through their unique initiatives. There were seven categories for the awards. More than 200 corporates, NGOs sent in their nominations and three were shortlisted in each one of the categories.

The winners in the seven categories are:

The event also witnessed nine empowering individuals that have made inspiring contributions through their public focus endeavours. They are:The theme of The CSR Journal Excellence Awards 2017 ‘India First’ presented an occasion for various leaders to discuss and bring to the forefront issues faced by our country, simultaneously inspire and encourage participations from various profit/non-profit making institutions and individual leaders. The event was further graced with the amalgamation of dance and dance with the common feeling of ‘India First’; through performances from Shiamak Davar’s Victory Arts Foundation dance group and Samcara, an alternative lyrical band, who performed their exclusive song for the day, “Young India, Rich India”.

The platform also recognized the exceptional efforts put in by IPS Krishna Prakash and Mr. Rajendra Mishra, former principal advisor of the MP Planning Commission. Both these dignitaries were felicitated by special guest, Shri Sudhir Mungantiwar, for their contributions towards the society.

An oath was administered by the chief guest for the event, CM Shri Devendra Fadnavis to encourage everyone to do one good deed every day and put the nation as their first priority. He also addressed the gathering and said, “Our society gives better life opportunities to every individual. Now we have to contribute for betterment of society to give back something. If the citizens, corporate and the Government work hand in hand, our Nation can take even bigger leap in the process of development.”

Special guest, Shri Sudhir Mungantiwar, Minister of Finance & Planning and Forests departments, Government of Maharashtra- “When we work for CSR, we are not working for anybody else. We are working For our own future. We all must do something that makes a difference in other people’s lives.”

Anshu Gupta, keynote speaker at The CSR Journal Excellence Awards said, “There is no lack of resources, good intention or people willing to do good work, in our country. We need to change our lenses and solve hard core issues. Doing good is a collective responsibility.”

“The involvement in social responsibility has to go into the hearts of every Indian, each person living in India. Just bowing to our holy motherland in eternal devotion is no longer going to do the trick,  what is required is a lot more if tangible action that we need to take now to make India First.” said Amit Upadhyay, Editor-in-Chief, The CSR Journal.

This event was supported by Life Insurance Corporation of India. As television partners, The CSR Journal Excellence Awards 2017 was broadcasted by News World India and Mirror Now. While Red FM 93.5 was associated with the awards as the event’s official Radio Partner and Bloomberg Quint as Digital Partner. The Hindu and Free Press Journal were official Print Partners. The event was managed exclusively by Sutraa and was marketed by BrandsImpact. Institute of Finance and International Management (IFIM) was the Knowledge Partner and Innovation Travels is the Travel Partner for awards this year. 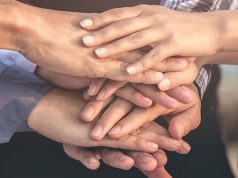 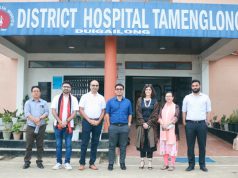 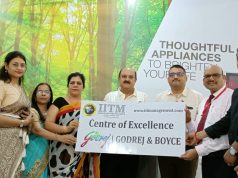