Laura Roberts wants to change the world and do no harm. The co-founder and CEO of Pantheon Chemicals, a green manufacturer of industrial chemicals is an avid proponent of Conscious Capitalism, a movement characterized by businesses with a higher purpose beyond making money. Conscious Capitalists like Roberts constantly seek the soul of a business, and often look beyond quarterly earnings and fast growth trajectories. Her company, Pantheon, develops chemicals that do no harm. Roberts wants to leave a “shareable environment” for future generations. She works with benign molecules and believes in chemistry that does no harm. Most chemicals wreak havoc on the human body and every year the human race adds 10,000 new molecules. Industrial chemistry pays no respect for the planet and its inhabitants.

“We wait until people are sick and argue for decades to consider a ban on a particular chemical,” Roberts said addressing a Conscious Capitalism meeting in Phoenix.  Nobody talks about the multigenerational impact of these harmful concoctions. “Our mission is to change the conversation about chemistry,” she said. “We want the human race to change the conversation by designing chemicals that are harmless.”

Over the years, she built her business in a model that “had to be more than designing a molecule.” Normal businesses begin with an idea, develop a prototype, make money, commercialize and go for wide-scale adoption. According to her, capitalism should create transformational change with a conscience. Capitalism definitely creates jobs, however, there should be a robust, evolving conversation about Conscious Capitalism.

“If we went back to look at the supply chains of most companies we would be horrified,” she said. All we can do is measure change and do better. “Every day, I wake up to the four tenets of Conscious Capitalism,” she said.Conscious Capitalism builds on the foundations of capitalism – voluntary exchange, entrepreneurship, competition, freedom to trade and the rule of law.  It has four tenets, namely purpose, stakeholder, leadership and culture.

Businesses that follow Conscious Capitalism have a higher purpose than just make money. They want to leave a legacy of good. According to Roberts, all stakeholders in these businesses will have a benefit, not just investors. For Pantheon, the environment is an important stakeholder. Businesses embracing Conscious Capitalism also focus on culture. They are deeply committed to developing employees. They give them the ability to become a leader in their own right and allow them to make intelligent decisions on their own. A deep-rooted culture aligned to a higher purpose also separates these businesses and a classic example is the US-based Whole Foods.

According to Laura, Conscious Capitalism provides a foundation for her business. I asked her how she felt after adopting a model where everyone, including her and other employees are treated equally. What does it take for the CEO to be considered an equal? Liberating, she said. 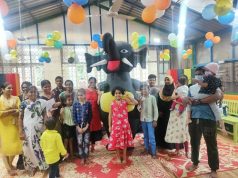