India and the entire world are going through strange times. There has been turmoil at all levels – economic, social and political. The situation has sadly gone askew. The entire world is going through an era no one would ever have imagined. An unknown microscopic virus took over the entire world and paralysed science, development and technology. Governments globally, are trying to deal with this epidemic, each in their own way.

Along with the governments, the general population is also fighting this disaster. The saying ‘Jaan hai toh jahan hai’ is in vogue. With the hearts and homes of people closed, it’s a turning away from the culture of ‘Atithi Devo Bhava’ that personified Indians. Roads are marred by the bruised signs of the helpless and innocent as we watch silently, suppressing our emotions.

The corpses of the soldiers martyred in the Galwan Valley kept questioning us and we kept weeping under the cover of silence. Chinese encroachment continued on the border and we kept making a noise about the Tik Tok ban. The black marketing of essential commodities, medicines, safety kits, kept cutting our pockets due to a pandemic-induced recession and we sat silently, crying out of helplessness.

In the name of a Corona cure, many types of medicines are being sold in the market at extremely high prices. Knowing fully well that a minimum time period is required to come up with a vaccine or real cure, we’ve been competing to get our hands on the medication at any cost without even trying to ascertain its credibility. Doctors are being forced to treat this epidemic at breakneck speed without full safety equipment, since the government is unable to provide them with the necessary medicines, PPE kits, or masks.

Black marketing of essential commodities is at its peak. The government is working to provide free ration and shelter for the poor and unemployed, but the condition and availability of these shelter sites is abysmal. The ration reaches them in such a perished state that the grains can’t even be fed to animals. People who were called “migrants” in their own country walked barefoot for thousands of kilometres towards their respective “habitat” while the administration stood silent. Due to the noise on social media, some “shramik” labour trains were run, whose tickets were sold overpriced in the black market. The poor could not reach their homes even after dying.

The latest hit comes from the Electricity Department. The government gave us assurances that in view of people’s failing economic condition due to lockdown, there will be concessions in electricity, rent and basic needs, and yet the electricity bills sent to people are inflated many times over. It came as a shock to people sitting at home for months. As if the situation wasn’t bad enough for the Indian middle-class already, the Electricity Department has struck them with this lethal “lightning”.

It has become a case of “anything to survive” for the common man. Pleading with the government has not yielded any satisfactory answers. If we look at the situation of the country in the last few months, we will hold the government responsible but if we do a deep dive, we will find that we are equally responsible for the increasing corruption, the loss of hope and the failing humanity. We have learnt to live in our comfort zone. We have forgotten to stand up, raise our voice and protest against wrongdoing.

China’s invasive attacks do not bother us as much as the ban on cheap Chinese apps. The practice of corruption or black marketing do not hurt us until it pierces our pockets. We tolerate the daylight robbery in private hospitals overcharging patients until someone close to us becomes a victim. In this hour of difficulty, the suffering and agony of the doctors who came down as messiahs do not affect us until it’s our children or family member on the line. We will pay the electricity bill and only create an uproar on social media, because “we cannot do anything else”.

This mentality has only strengthened our destructive and corrupt system. After all, when will we understand that we have full right to question the public representatives we have voted into power? We have the right to know why doctors are forced to work without the right gear. We must understand that applause cannot protect them. Rotten wheat and rice cannot eradicate the suffering of hungry people. Impassioned speeches in front of the media cannot heal the bloodied steps.

Inflated electricity bills slipped in the doorway of houses shut for months are like salt on people’s wounds. There is a wave of dissatisfaction against the government and the system in the hearts of people but the question is, how does one prevent this wave from being swamped? There is only one way – “to give voice”. The trend from democracy to monarchy has to be reversed. The governance machinery has to make its presence felt.

We have to raise our voice against wrong, whether it is for us or for someone else. Waiting for “someone else” to take initiative is not the solution. In the name of supporting the declining economy, the same crowds that broke out at liquor shops hid their faces in the queue for free rations. Did you see the same crowd outside any power generator’s office? No, because we have forgotten to fight for our rights. We are helpless against hospitals which are collecting arbitrary funds in the name of COVID-19 treatment, because we know that whatever is happening is in connivance with government departments. Either tolerate this arbitrariness or raise your voice and let your inner turmoil take the form of a storm. The pandemic which has taken shape as a global tragedy has been mocked.

In this time of lockdown, we are so engrossed in awakening our inner chefs that we forgot to ask the government why the benefit of millions of crores given by the big industrial houses did not reach COVID-19 patients dying from lack of ventilators. Why couldn’t some part of the PM CARES Fund provide relief to workers dying on the highway?

Why weren’t we able to ask the government about the quality of rations reaching the mouths of the poor? Why did the medicines and PPE kits purchased after spending crores of rupees not reach the servicemen and doctors who got infected with COVID-19? Why was there no proper coordination between the state governments and the central government, so that this disaster could be controlled in time? Why is the government not able to save the financially broken Indian citizens from the escalated electricity bills?

Let us together ask why the Twitter-warring government is silent on these issues. We are middle-class people who choose the government through our votes. Why does our elected government ignore us? The voice has to be raised, because silent complaints perish. A democratic government elected by the people must answer questions of the people. We want answers. 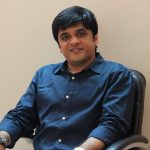 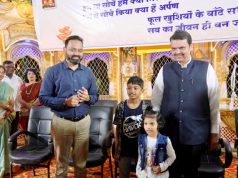 Coronavirus – A Man Made Disaster?