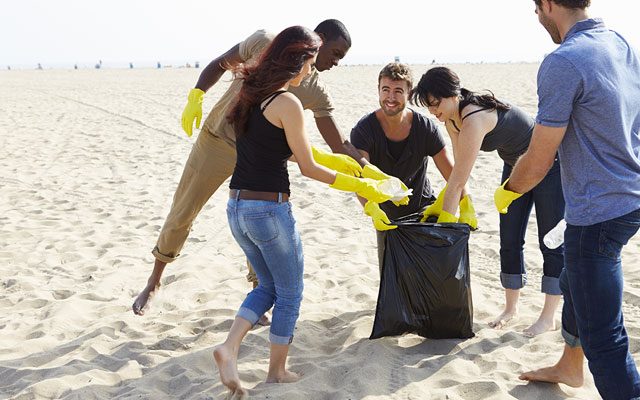 And that impact is up to 20% stronger when workers are given a say in corporate CSR activities, according to a new study conducted by the University of British Columbia (UBC).

“Employees’ sense of meaningfulness and work engagement increases when they have autonomy and a sense of choice in their organization’s CSR activities,” said Daniel Skarlicki, Edgar Kaiser Chair of Organizational Behaviour at the Sauder School of Business in Vancouver.

“This has important implications for organizations because if you want to hit home with your employees and get them involved, you have to choose CSR activities that matter to them,” he said. “This is especially true for generations Y and Z, who are especially motivated by finding meaning in their work lives.”

“CSR was initially an endeavour by organizations to benefit society in some way,” said Skarlicki. “These aren’t things that are just required by law; these are going above and beyond.” Engagement effects were amplified for employees with individualistic values, specifically those working in North America and Europe, he said.

Solid CSR programming is an attractant for young recruits, according to Dirk Matten, professor of strategy at York University’s Schulich School of Business in Toronto.

“From an HR perspective, this becomes a key recruitment tool,” he said. “We are in a stage where employees want to do well for themselves,” he said. “They want to have a great job; they want to have money. They want to look at their career path… certainly the millennials — as they are called — the current generation entering adult life want to be part of a meaningful story.”

Nearly three-quarters (72%) of North American employees believe it’s important that a potential employer has strong CSR practices, according to an Upside Foundation survey of 1,000 workers in 2018.

Millennials, specifically, are seeking meaning and purpose in their careers, said Jennifer Couldrey, executive director of the Toronto charity. “They feel like their company isn’t just there to make money, but they actually do serve a greater purpose,” she said. “CSR is one way that a company can make sure that their employees are feeling that on a daily basis.”

“Anyone who is looking to attract the best talent just needs to pull on whatever levers they can, to ensure they’re creating that holistic experience where people are excited and passionate about the company they’re working for.”

In that respect, CSR programming is really a “no-brainer,” according to Couldrey. And a little creativity and resources can go a long way when it comes to recruiting, engaging and retaining the best employees.

While many organizations look to government as the leader on socially responsible action, it is employers who are most able to affect change, said Skarlicki.

“CSR is critical for us to be able to address some of the challenges we’re facing today, and arranging everything from supply chain to green initiatives.”

CSR programming has been around for a long time — at least informally, according to Dev Jennings, Thornton A. Graham Professor of Strategy and Organization, and co-ordinator of the Canadian Centre for CSR at the Alberta School of Business in Edmonton.

“Periodically, it’s important to go back over and see what we know and see what works,” he said. “And it’s not to get rid of them, but to just refresh them if necessary, because a lot of the formal programs in the larger organizations were started in the late ’90s, frankly. Many smaller programs were started in the mid-2000s. And so, you’ll still see CSR programs from that era.”

“If you have the same board — the same advisory group — you’ll end up oftentimes with the same forms of experience.”

In Canada, inclusion and minorities are of greatest importance in terms of CSR, said Matten.

But how employers define CSR policy and then implement it is where “the rubber hits the road,” he said. “That’s the most important thing.”