Even in his 70s, Bollywood megastar Amitabh Bachchan continues to be an exemplary icon for the youth, whether it is his work discipline, the dignified and modest manner in which he conducts himself or for the conscientious citizen that he is. Constantly in touch with his fans (he calls them his extended family) through social networking sites like Twitter, Facebook and through his blog, Big B has often voiced his thoughts on many social causes. On his blog, bigb.bigadda.com, he once wrote, “A celebrity has a responsibility, but it also has a great brand marketing at its doorstep. It is expected then, for them to be associated with some cause that is of social and moral nature. And there is a genuine interest taken up by the stars of the popularity charts. Some talk about it as must they should, or how else would attention be drawn to it from the masses. Some like to be quiet about it. Do their share of work and not allow it to become an exercise in public relations!!”

One of the longest running campaigns supported by the actor is the one on polio eradication from India. Appointed as the goodwill ambassador for polio UNICEF campaign in 2005, Big B has constantly urged and appealed to the citizens to provide regular polio immunizing doses to children through television and print commercials, with him mouthing the tagline ‘Do boond zindagi ke’. He was also awarded Polio Eradication Champion Award by Rotary Club for his commitment to this cause. His almost decade-long relentless campaigning created a national impact as the nation was declared polio free and Bachchan posted on Twitter last year, “Polio eradicated from India. An 8 year campaign with the UNICEF ambassadorship! Feel such accomplishment and joy!”

Apart from polio eradication, Big B has also been associated with the cause of the girl child. On his 70th birthday in 2012, which coincided with the first ever International Day of the Girl Child, the actor donated Rs. 2.5 million to Plan India towards the cause of the girl child in India. At a press conference attended by his family including wife Jaya Bachchan, son Abhishek Bachchan and daughter-in-law Aishwarya Rai Bachchan, it was announced that the family would raise funds for Plan India’s ‘Because I am a Girl’ campaign, through proceeds generated from the art exhibition organized on his birthday as well as through proceeds from the sale of a book on his birthday celebrations.

Like many others in Bollywood, Bachchan is also one of the active supporters of Prime Minister Narendra Modi’s Clean India campaign, launched on October 2. The actor even participated in the campaign by taking up matters in his own hands and wielding the broom to promote cleanliness rather than passing the job to someone else. On his blog, he wrote, “And then the ‘Swach Bharat Abhiyaan’ the Clean India campaign.. let each one of us involve ourselves in this worthy cause ..” More recently, he supported the need to construct special toilets for women along with educating children on cleanliness. Voicing his thoughts on Twitter, he posted. “Build that toilet at home, at the village, at the work place… AND build special ones for the WOMEN. Educate the children towards cleanliness… they shall follow what is taught at this age for life…” Highlighting the importance of equal sanitation opportunities for all, the actor even tweeted, “For god’s sake do not segregate toilets between the boss and the worker… let it be general for all… it will be healthier!”

As the face of ‘Save Our Tigers’ campaign to promote the importance of tiger conservation in India, Big B even spearheaded a 12-hour long telethon in Ranthabore, dedicated to raise funds for the big cat in India.And as one of the most popular hosts on Indian television, Bachchan has done his best to promote different themes through the seasons of his quiz show, Kaun Banega Crorepati, whether it was reaching out to the ‘aam aadmi’ with ‘Koi bhi sawaal chhota nahin hota’ in its 2011 season or highlighting the importance of knowledge with ‘Sirf gyaan hi aapko aapka haq dilate hai’ in KBC Season 6. 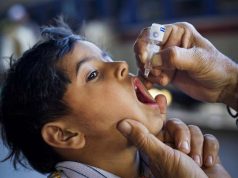