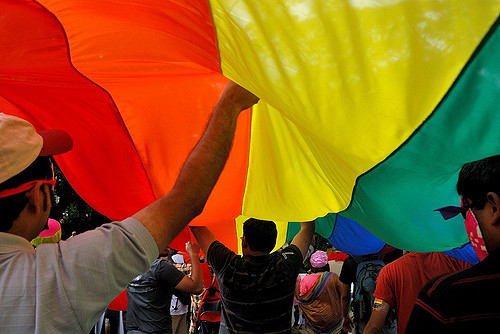 Bengaluru recently witnessed its 10th Pride Parade ‘Namma Pride’, which literally translates to My Pride, on November 26th. Through this event, a crowd of 7000 people, predominantly coloured in rainbows, came onto the streets to profess their acceptance of people from the LGBTQIA community and to fight for their rights. With placards held high, reading anti-section 377 slogans, supporters of the marginalised community walked the streets of Bengaluru, from one point to another in this march called Queer Habba.

The crowd placed a lot of demands, through this march, before the Karnataka government. According to a report by New Indian Express, they marched for the repeal of Section 36-A of the Karnataka Police Act which gives the Commissioner power to regulate eunuchs by maintaining a register of their names and places of residence in this area, “who are reasonably suspected of kidnapping or emasculating boys or of committing unnatural offences.”

Coalition for Sex Workers, Sexual and Sexuality Minorities’ Rights-Bengaluru was the banner under which they demanded the release of pending grants from 2014 to 2016 from the National Aids Control Organsiation and State Aids Control Society. The march also demanded a transgender welfare board or commission and a policy that aims to protect them from social discrimination and stigma. This has been cleared by the cabinet, yet no action has been taken. People from across the country had come to participate in the march, to pledge their support to a community whose rights have always been overlooked.

The New Indian Express report states that the policy lays down measures to integrate transgenders into the mainstream and will be implemented by setting up transgender cells. Counselling centers will also be set up to address stigma, discrimination and violence, identification and certification, which is a critical aspect of being counted as a transgender besides legal support.

The motive of these pride marches is to make people more aware of the plight of the members of this community, and also to destigmatise them. One of the participants of the march, Shilpa M, was quoted in the report, saying, “In India, it is about activism and protesting for a more inclusive society but in Australia, it is about just that — pride. They are proud to be gay. In Isreal, there were contingents from various countries like France with arterial roads being cleared for the march” she said.

The support for these marches has been increasing each year, as more people are getting familiar with the community and its problems. Time will tell if any reforms or change in policy is possible for the LGBTQIA community. 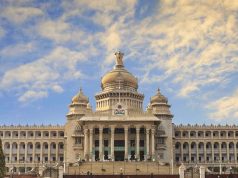