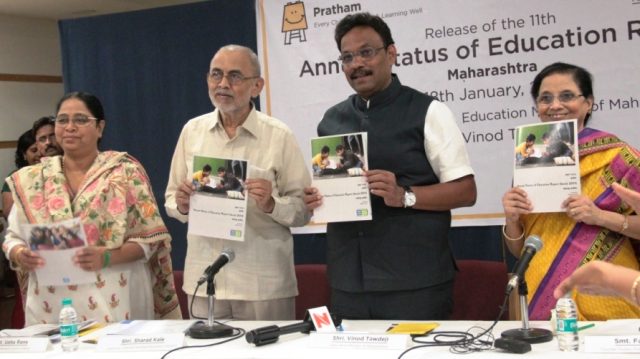 Questioning the quality of education imparted in India, a report revealed that one out of every four students leaving Class VIII cannot read text of Class II level. Basic reading skills are found to be lacking in these children making it further difficult for them to decide on a career option.

Assessing the Indian education standards in quality and quantity, Annual Status of Education Report (ASER) 2016 is compiled by Pratham NGO and was released on Wednesday in Mumbai. The 11th report is based on a survey of over 5.5 lakh children across 589 rural districts of India. A total of 15,630 government schools were visited as a part of this study. Of these 9,644 were primary schools and 5,986 were upper primary schools which also had primary sections.

The study came up with some startling & contradicting facts and some positive figures.

Reading Ability in Government Schools Over Private Ones

Nationally, reading levels in Class VIII show a slight decline since 2014 (from 74.7% to 73.1%). Then and now, three out of every four children enrolled in Class VIII can read at least Class II level (the highest level assessed in the ASER survey). The state-wise picture for Class VIII reading levels does not show much improvement except for government schools in Manipur, Rajasthan, Maharashtra and Tamil Nadu.

Although not major, the hike in reading levels are credited to government schools

Overall reading levels in Class V are almost the same year on year from 2011 to 2016. However, the proportion of children in Class V who could read a Class II level text improved by over five percent from 2014 to 2016 Gujarat, Maharashtra, Tripura, Nagaland and Rajasthan. The proportion of children in Class III who are able to read at least Class I level text slightly increased from 40.2% in 2014 to 42.5% in 2016.

“This improvement is driven by gains in learning levels in government schools in these states,” the report read.

Math, a problem for students

Although, there is a rise the figure for basic arithmetic learning in 2016, the levels are quite low. This is the first year since 2010, that there is an upward trend in arithmetic figures.

The report poses some important questions and puts forth some suggestions to improve this scenario. “Arithmetic has been a problem for our students. We need to try different methods to bring about change and understand the effectiveness of these methods,” said Farida Lambay, Founder, Pratham.

Maharashtra’s education minister Vinod Tawde who was present at the launch event said, “Although, there is improvement in some sectors and Maharashtra has ranked the best in many areas, scope for further enhancement is huge. We need to synchronise efforts of different authorities and channelise them towards the common goal of improving our educational standard.”

The report brings forth the status of educational development in India, a sector which has been receiving the highest CSR funds. Inspite of the fact that there is a huge spend on Education and skill training programmes by the corporate citizens, there is a wide scope of contribution and involvement in the sector. 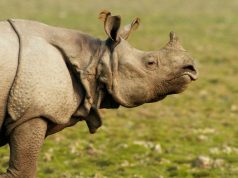