The state government has begun its preparations to start 1000 Gaushalas by 15 December. These Gaushalas would take care of around 1 lakh cows. Despite this, there would be 9 lakh destitute cows which the government has to make arrangements.

Animal husbandry minister Lakhan Singh Yadav said the construction of 1000 Gaushalas has been almost complete. He said 3000 Gaushalas would be constructed in the next round and the preparations have been made. Yadav said the government is trying to ensure that there should be no destitute cow on the roads in the coming years.

On the other hand, the state government is facing budget problem. It has limited budget for construction of cowsheds. The government is working on getting Gaushalas constructed through corporate social responsibility (CSR) of private companies. According to Yadav, Birla Group is constructing 100 Gaushalas through CSR fund and the government is in talks with other companies too.

Political leaders have given priority to their constituencies as far as construction of 1000 Gaushalas is concerned in the first round. These Gaushalas are not equal in numbers in all districts. Satna has 44, Vidisha 40, Agar Malwa 35, Chhindwara 29, Chatarpur 28, Datia 28, Bhind 30, Ashok Nagar 27, Gwalior 26, Katni 30, Mandsaur 31 and Morena has 30 Gaushalas which are starting. Similarly, 30 Gaushalas in Narsinghpur has , 32 in Sagar, 27 in Rajgarh, 30 in Rewa and 30 Gaushalas in Shivpuri are starting. 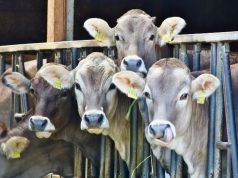 The reality of the dairy industry and its cows 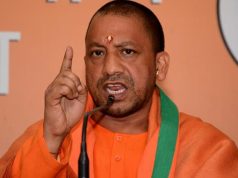 New Twist To CSR: Care For The Cow, Get Tax Benefits