About two lakh people are trafficked in India every year. Children are trafficked because of complex push-and-pull factors including structural poverty, climate change, human right violations and now due to COVID crisis- on the one hand the promise for a better life and on the other hand improved opportunities. Despite being illegal, there is widespread and commercial sexual exploitation, child labour continues to persist, often with impunity for perpetrators and limited legal recourse for victims.

Children are the major victims of human trafficking as they are voiceless or do not have the courage to protest and can be silenced easily. Many of the children who are trafficked, work long hours in conditions that pose severe health hazards. Often restricted to the confines of the workplace, they may be bereft of basic protective structures like family, education and welfare provision. As a result, they are highly vulnerable to physical, emotional and sexual abuse. Statistics on the magnitude of this problem are scarce, variable and unreliable. The International Labour Organization estimates that over 5.7 million 5–17-year-olds in India are engaged in child labour and does not know how many get trafficked. By contrast, figures released for 2019 by the National Crime Records Bureau report only 2914 cases of child trafficking covering all forms of exploitation.

The inadequacy of legal machinery, lack of institutional accountability and poor rehabilitative processes for those rescued are some of the factors that explain the increase in child trafficking in India. NGOs play a vital role in improving legal responses to human trafficking and forced labour in India. However, there are only a limited number of NGOs assisting with prosecutions or undertaking strategic litigation. NGOs that do provide legal support have limited capacity and are only able to support a small percentage of cases.

As trafficking is a highly organized crime involving interstate criminal networks, the recently drafted Trafficking in Persons (Prevention, Care and Rehabilitation) Bill, 2021 bill proposed a National, State and District Level Anti Human Trafficking Committee and a State Anti-Human Trafficking Nodal Officer to ensure seamless cooperation between states. The proposed bill makes non-reporting of incidents of trafficking, offence and neglect of duty by public servants a punishable offence. Some of the features of the bill include presumption of offence if the victim is a child, victim friendly court procedures, and provisions for the safety and care of the victims. The bill is found to be wanting especially in the area of fixing accountability. The bill does not explain how various committees established at national, state and district level will stay accountable to the goals and objective of this important legislation. In the absence of such a strong accountability measure, these committees will become one among the several committees that hardly meet leave alone fulfil their legal mandate and obligations bestowed upon them.

Along with a lasting dialogue with vulnerable communities, Civil Society Organisations (CSO’s) have reached out to state and national level governance to address child trafficking, including working with police departments of states. Trafficking networks are skillful at staying one-step ahead of their challengers with clever gambits. Many are equipped with state-of-the-art technology- such as encrypted communication channels — to outsmart the authorities. The lockdowns have only made their task easier as the police are torn between law enforcement and crime investigation while non-profits struggle with manpower and COVID relief response. The fact that approximately 174 children go missing every day in India and only half are found, is proof enough that current systems are inadequate.

NGOs, welfare agencies, legal experts and social workers have to play an important role to secure the rights of the women and child through advocacy, providing legal aids and legal education in the grass-root level to top. By sculpting down human trafficking and daunting traffickers with high penalties, will give abducted women and children a shot at a better future. In the long-term this will augment a nation’s economic and social development. A focused nationwide programme to protect children from trafficking is required and involving all stakeholders. While the world is struggling with COVID-19 and its impact, the unfolding child trafficking crisis may worsen poverty, health and education with staggering consequences

It is high time that civil society organisations collaborate with the Government to ensure safety net in this time of crisis and bring hope to all children in need. 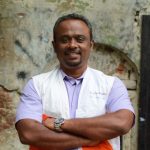 The author Joseph Wesley is Head, Anti-Trafficking Programme, World Vision India. He has rich experience in implementing children-at-risk programmes like, child slavery, urban child labour, street children and urban children-at-risk programmes across the country. An advocate by profession, in partnership with Boston and Tulane University he has done extensive research among street children especially the violence experienced by them in different settings like families, communities, streets and care institutions. 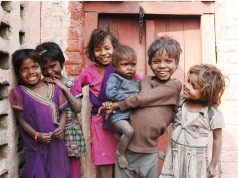 Together We Must Reimagine a Fairer World for Every Child

Districts of Odisha, UP and MP score lowest on 2020 Child Well-Being Index