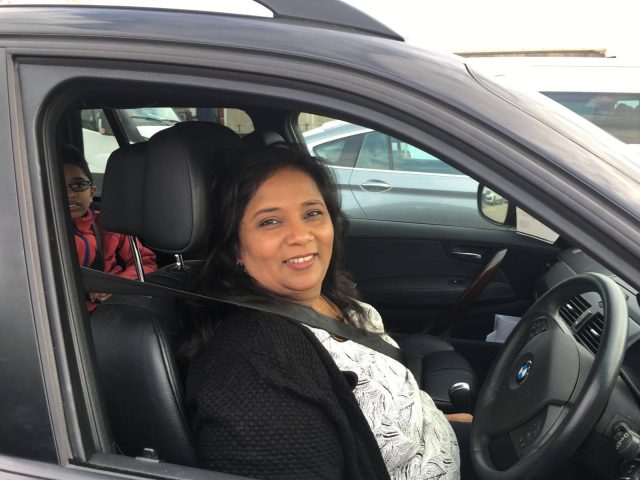 Maria Teressa de Fillippis, the name won’t ring a bell for many of us. Apart from being the first woman to enter Formula One racing in the year 1958, she also shattered the perception that racing was a sport meant for only men. Even after she managed to start in three racing games, the race director denied his involvement and said, “The only helmet that a woman should use is the hairdresser.” Such an example shows the prejudice that exists globally against women on their driving skills.

For many driving is just a mode of travel and for few it is their passion for exploring new places. But for Bharulata Kamble, it was an opportunity to highlight and create awareness about the cause of women empowerment.

Kamble set a world record of being the first solo woman traveller to travel 32,000km and become the first woman to complete the 2,792km Arctic Circle. She travelled through 32 countries starting from London and ending her ride in Maharashtra within the span of 75 days. The journey aimed at promoting the need to “Save Girls, Educate Girls”. This is in sync with the central government’s initiative- “Beti Bachao, Beti Padhao.” Apart from spreading the message she also supported two UK-based cancer charities and two Indian charities, alongside raising funds for a charitable hospital to be built in her hometown in Gujarat.

Born in Navsari district in Gujarat, Kamble in her young days witnessed differentiated treatment for females compared to their male counterparts. This childhood experience left an impact that inspired her to do her bit for female empowerment. Growing up in London during her teenage years she continued facing discouragement from family when it came to her studies. Realising that many sections in the society still continue to consider girls as burden, Kamble decided to prove them wrong. While working odd jobs she started pursuing her higher studies. She went on to complete her graduation and became a lawyer, she worked at different positions including a government job.

It is not that people are unaware about the potential of women and accepting them to be equal. It is the reluctance of a conservative cultural mindset that has allowed the atrocities of unequal opportunities available to females globally.

Conversing about her journey Kamble said, “Issues exist globally, but only in India, we find people focussing and highlighting the issues instead of finding solutions. India is often portrayed to be a country which is not safe for women, but during my journey I did not feel any safety concern while travelling within.”

Talking about the idea behind the journey, Kamble mentioned that she was planning for a road trip to India back in 2001. Because of responsibilities she had to postpone the idea. In 2007, she met with a major accident. Owing to this, she did not get behind the wheels for four years during her recovery from post traumatic stress.

During recovery, the counsellor encouraged her to face new challenges that would bring her confidence back. “During my counselling session I recollected that I always wanted to travel to India by road. My counsellor asked me to think about it, this gave me confidence. I started planning and training for this journey.”

Kamble started her journey on 13th September, 2016 in UK, travelling through countries like Russia, Kazakhstan and China among many others. Her journey took her through different terrains and difficult weather conditions. Before heading for this mammoth feat, she underwent training in several fields like automobile repairing, first-aid, driving on different terrains and many others. She completed her solo trip on 8th November, 2016, at Mahad district in Maharashtra.

Talking about her one remarkable experience during her journey, she mentioned, “A shocking experience I found travelling through Bihar was to notice many people curious and excited to see me. I thought this was because of my vehicle or the international vehicle registration number. Later on, I was told that the villagers had never seen any woman driving a vehicle on road. It was quite astonishing to know that even in current times women in this part of the country do not have an opportunity to drive.”

Kamble hopes that her journey would inspire people globally to work towards equality. She believes the issue of inequality against women cannot perish till the time women believe in themselves. “Just providing education to girls is not sufficient; they need to have an equal say and decision making opportunity,” insisted Kamble.

This Pune Doctor Delivers Female Babies at No Cost