As a five-time World Chess Champion, Viswanathan Anand has cemented his place among the greatest Champions of all times. His hallmark lightning speed and intuitive play is well recognized and critics rate him as one of the biggest natural talents ever in the history of chess. He is the only champion in chess history to have won a World championship title in all formats, match, knock-out and tournament. In India he has received the high civilian awards – Padma Vibhushan, Padma Bhushan, Padma Shri and Arjuna Award, and is also a six-time winner of the coveted “Chess Oscars.”

Tech Mahindra Ltd. today announced that this Indian Chess Grandmaster will mentor, partner, advise and help shape their first phygital (physical and digital) Global Chess League. With his motivational and inspirational stature across the world as an individual and a chess champion, Anand will help catalyse the growth of chess, further building the sport that has defined his entire life.

What is the Global Chess League?

The League’s launch will mark a watershed moment as it aims to raise the profile of the sport, discover new generations of chess champions, enhance the fan base of the sport and take the sport to new commercial heights. New-age technologies such as 5G, artificial intelligence, and virtual reality will be at the core of the Global Chess League and will be leveraged to explore innovative ways of promoting the game through interactive platforms to engage a global audience. Tech Mahindra will act as the architect behind this concept and will provide necessary operational and technological support to execute the vision.

Current plans envision the Global Chess League to engage players from all levels – professional or otherwise. The League will have 8 franchise owned teams from across the world. The teams will comprise of a mix of titled women and men players along with juniors and wildcard entrants playing each other in a Round Robin format. The teams qualifying for the semifinals will enter the knockout stage of the championship. The final League structure and team details will be announced in due course.

Viswanathan Anand said, “Chess is a game that is played by millions around the world. At this time, a unique opportunity exists to popularize it further and dramatically enhance its visibility through a global league powered by technology. I am personally happy to partner with a technology provider like Tech Mahindra, whose endorsement and promotion will certainly elevate the sport to a higher level and offer the right platform to popularize chess across the globe. There is a renewed interest in the game of chess and through this unique global league format, we will be able to keep the spirit of chess intact and ensure the right platform is provided to upcoming talent.”

Anand Mahindra, Chairman, Mahindra Group, said, “Chess still has an incipient and largely untapped potential across the globe. Recently, there has been a surge of interest post the online Chess Olympiad and the enormous popularity of a TV series based on the game. We hope that the creation of a league will harness this resurgence of interest and bring about a renaissance in the world of chess. I am particularly excited about sharing my learnings from founding the Pro Kabaddi league with the team in order to replicate that success on a much larger and global platform.”

CP Gurnani, MD & CEO, Tech Mahindra, said, “Chess has many synergies with the business world, with its emphasis on intellect, strategy and mental rigor. By leveraging Tech Mahindra’s expertise in new age technologies like 5G and Virtual Reality to drive fan engagement and viewership globally, we can truly transform chess into an e-sport. Furthermore, this global chess league will help us create an exceptional and inspirational experience by bringing the game home to global fans.” 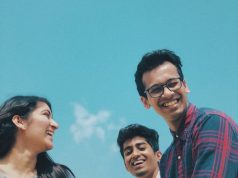 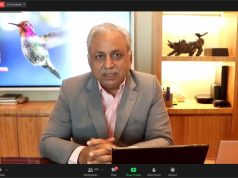 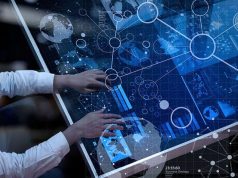