As one enters an urban slum in the plush neighbourhoods in a city, you see children playing on rough grounds and vacant lots, in the open spaces where garbage is being manually sorted. Parked vehicles, rickshaws and carts serve as play props in the streets. Girls as young as 7-8 years — often devoid of the luxury of schooling — are carrying infants in the narrow by-lanes. Houses open out directly onto the filthy street or a narrow open drain. The four walls (often temporary sheds) house six to eight people, with nothing close to what one calls a living condition.

This is the state of most, if not all, urban slums in India.

India’s 10th Five-Year-Plan noted that the urban slum population was growing despite sharp reduction in poverty and rising incomes. The central and several state governments recognized the need for intervention by initiating or enlarging existing urban housing and other slum subsidy programmes. Slum upgrading and slum rehabilitation programmes have been put in place. There are programmes funded by government budgets, international aid, and charitable organisations.

That said, the problems within slums or informal areas cannot be treated in isolation from the rest of the city since they show structural inequalities that should be tackled integrally. The fact that slums exist in the first place is just evidence that urban planners are facing a challenge for the growing demand for homes for migrant workers. The ever-increasing size of urban slums is a matter of concern and needs support at all levels —government, civil society, philanthropies, multinational actors, the private sector, and individuals.

Education, health and rural development have been attracting large chunks of funding. However, some other areas like gender equality, receive very limited funding. Also, domestic philanthropic giving is highly concentrated in the states of Maharashtra, Karnataka and Andhra Pradesh, instead of being spread out. A comparison of funding from private giving with poverty rates reveals that domestic philanthropic giving in India focuses rather on populated areas than those with high poverty incidence.

On the other hand, the three main source of finance for development aid – official development assistance, domestic & international philanthropy and CSR funds show overlaps, and hence opportunities. There is scope for coalitions and to explore how to achieve impact at scale when it comes to funding in health and education since these seem to be main priority areas for philanthropy and CSR in India. For water supply and basic sanitation, there are important overlaps in funding amongst ODA, international and domestic philanthropy, as well as CSR and public spending. This suggests potential for more large-scale partnerships between ODA donors, private donors and the public sector.

While resources from CSR and larger donations from HNIs and foundations are becoming available, and higher corporate spending towards specific areas has led to the expansion of philanthropic giving from Indian corporations, the precise quantification of domestic philanthropic giving in India is still incomplete and remains challenging.

It is urgent to strengthen the ability of the non-profit sector and transform them into positive development outcomes.

We are well aware that slums dwellers do not have security of tenure and legal status, hence are not in a position to demand basic services from the government, despite the fact that the government has put much in place. On the other hand, government agencies, at times, hesitate to provide infrastructural access to such slums since it could lead them to claim de facto tenure security. Slum residents do not invest their own resources in building infrastructure because there is always the perpetual threat of displacement. Under such circumstances, India is driving the way multinational companies are thinking through their CSR work to support urban development.

As one of the first countries to mandate CSR spending, India has seen social impact spending grow by 50% since implementing the 2% law in 2014. International philanthropic funding in India has gained importance due to greater global interest in supporting the country’s development, but domestic philanthropic giving is still modest, representing 2% of ODA.

Moreover, domestic philanthropy seems to have high concentration in education (33%) and health sectors (22%) in India. On the other hand, in the scope defined for CSR, a large proportion of activities undertaken by companies fall under multi-sector activities (13%) that does not specify sub sectors that these programmes are designed to target. These multi-sector activities are catering to rural development, with not enough attention given to urban development.

The urban migrant is very enterprising and wants to break the ceiling of poverty because of which he/ she left their village to live in a city in search of a better life. Focussing on urban slums can give quick and more effective social returns.

Other sectors such as gender issues, women empowerment, WASH programmes, are spoken about but do not see as much funding from domestic philanthropy of CSR.

Also, there is a geographical allocation of funds seen. A large proportion of the projects and grants identified through the survey has a geographical focus: 70% of funding is allocated to a specific State, or group of States, while the remaining 30% is distributed throughout the country, making it impossible from the data alone to determine where the financing was allocated with precision.

How they add more value

Health, education, water supply and sanitation sectors draw the most opportunities for partnerships and collaboration between domestic and international philanthropy. CSR activities & philanthropy have a distinctive role – supplementing the government, adding private sector efforts with flexible and often more nimble investments to advance innovation, fill key gaps, and anticipate and address the challenges that will continue or arise. By funding at a level far above what is typical in philanthropy, we can address problems and support solutions that are radically different in scale, scope, and complexity.

Philanthropy is helpful in adding value to government and public sector initiatives. It is not just about funding; they can support innovation by advancing the development and deployment of new tools, processes, knowledge and networks. By funding organizations that work with the most marginalized, philanthropists can help elevate some of the stigmatized issues and inequity challenges. They can support localized, community-led approaches to aid prevention, and enable last-mile efforts where government services are not reaching those in need.

Every day, in communities around the nation, philanthropy helps non-profits improve the daily lives of millions of individuals. A noble and worthwhile calling indeed. But there is the nagging sense that in the process we will not have found ways to address the underlying problems that perpetuate those needs into the future. Unless we can identify and influence long-term leverage points capable of moving intricately interrelated public, private and civic systems, we will not, in a word, make any enduring improvement in their long-term trajectories of a better life. 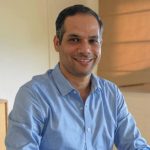 The author Kushal Chakravorty is the founder of the Lotus Petal Foundation which provides education, food and healthcare to urban poor in Gurgaon. He is a Board member at the Indian Institute of Management (IIM) Amritsar, and holds a B.Tech from Birla Institute of Technology and a PGDM from IIM Lucknow. Chakravorty has held leadership roles in various companies like HCL, BPL, Amway and the last 10 years in IKEA. In September 2016, he decided to dedicate himself to creating a better everyday life for the underprivileged children at his foundation.