What is the digital outreach roadmap?

In a press conference, ADG Neera Rawat shared a digital outreach roadmap for Digital Chakravyuh (360-degree ecosystem for women’s safety) in Uttar Pradesh. She explained the cons of traditional modes of outreach while outlining the pros of implementing digital outreach. She described their technical edge from having a cross channel digital strategy to having a team of data scientists to execute the mammoth task of generating awareness among the people of Uttar Pradesh.

Her strategic breakdown ensures ease of use for rural women, psychometric profiling and targeting offenders, predictive analytics, community participation, audience engagement to generate awareness for an exponential outreach. She emphasized on having integration between online and offline actions of the organization. ‘1090’ has chosen to adopt technologies such as artificial intelligence and machine learning for betterment of the services. She also shared the results of their pilot project on Facebook for promotion.

A week ago “Vaicharik Samagam” saw a brainstorming session among representatives of different verticals on “Creating safe & secure environment for Women and Children”.

There are 11.16 Crore internet users including 66% of the rural population. ADG Neera Rawat added, “The digital campaign will be in phased manner so that we cover more internet users and amplify outreach among households.”

ADG Rawat is determined to instill fear amongst the heart of offenders but at the same time believes that the solution lies in “Impacting the Minds” and bringing a cultural change. She also focused on Psychometric Targeting saying ‘Sambhaavit Shohdon par bhir rahegi Police ki nazar.’

ADG Rawat inaugurated the ‘Hamari Suraksha’ campaign showcasing the holistic reach distribution as well. The event concluded with a ‘Shankh Naad’ calling every citizen of Uttar Pradesh to be part of the campaign. 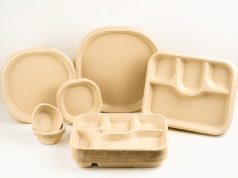 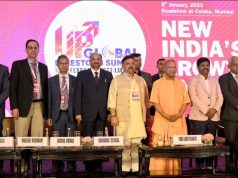 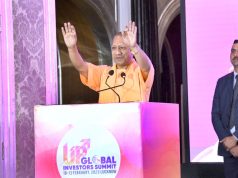