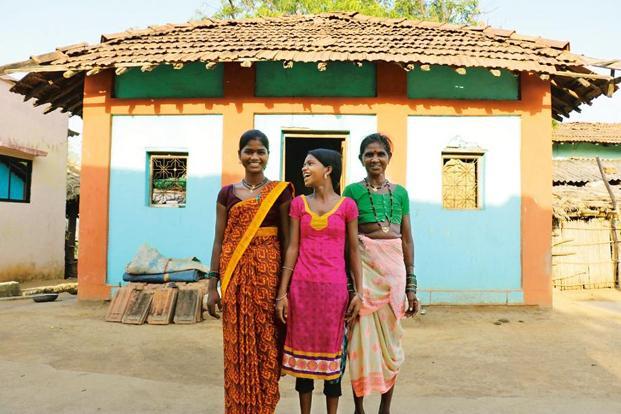 Corporate social responsibility (CSR) rules, implemented in April 2014 under section 135 of the Companies Act, have generated a buzz for their innovative approach to social development, and helping channel funds from companies towards such activities.

But even as annual CSR spend is on the rise, the impact on the ground and effective deployment of the funds remain a matter of debate three years on.

CSR rules direct that companies with a net worth of Rs500 crore, a revenue of Rs 1,000 crore or a net profit of Rs5 crore spend 2% of their average profit on social development activities like education, health and women’s empowerment. The money can be spent by setting up a CSR department within the company, a corporate foundation or by partnering with not-for-profits.

“The law is unprecedented and communicates India’s commitment to resolving social problems,” said Caroline Boudreaux, founder of not-for-profit Miracle Foundation, which works with orphans. Unwilling to generalize, she said that some of the challenges her organization has come across are to do with the grassroots-level understanding of companies, which leads to friction when partnering with not-for-profits.

“Impacting or changing a social problem is hard work and requires patience and experience… but often we have come across companies who hand over the CSR department/workload within the company to individuals who are either not exposed to or do not understand the nuances of any given social problem,” she said. But she hastened to add that since the law is new, the thought and approach to it are evolving.

Sector experts feel that companies need to approach CSR more strategically to be able to address the root causes of problems rather than just throwing money at them.

“Even though we are seeing a steady increase in the amount of money being allocated by firms under CSR, there appears to be a disconnect in what the requirements on the ground are and what the companies are allocating money towards,” said Priya Naik, founder and CEO of CSR consultancy Samhita.

Citing corporate enthusiasm for Prime Minister Narendra Modi’s call to arms for a clean India—the Swachh Bharat Mission—Naik said companies largely focused on investing in infrastructure by building toilets without giving enough thought to the operations and maintenance of the infrastructure or even to issues such as laying of water and sewage pipes. This resulted in a number of toilets becoming unusable.

Another key challenge that has emerged is the fact that companies choose certain causes over others, not always based on the needs on the ground. Sonali Pradhan, head of wealth planning at Julius Baer Wealth Advisors India, believes a company’s CSR committee and board of directors are concerned about tangible benefits. She said firms should attempt to go beyond the usual suspects because while “many of these causes are critical, they also often end up being the causes that are already receiving support in different forms, including funds from other stakeholders like the government and not-for-profit donor agencies”.

Pradhan added that some causes are also selected by companies because the gestation period for seeing benefits and quantifying them are shorter.

The skewed selection of causes is a concern for not-for-profits as well.

Sanjay Daswani, senior director of resource development and communication at international not-for-profit Habitat for Humanity, pointed out that “often when we approach corporates, they tell us that though our work is great they cannot support it because housing is not a key focus area or is not clearly mentioned in the CSR rules”.

He added that affordable housing impacts a number of social challenges like sanitation, health, and education and that is why firms should be a little more flexible in their approach to CSR.

For Adarsh Kataruka, director of CSR consultancy SoulAce, “The biggest problem in deploying CSR funds is the lack of credible not-for-profit organizations”. He said the CSR rules envisioned a partnership between companies and not-for-profits but this partnership has not taken off as expected due to a trust deficit as well as low capacity of not-for-profits.

Kataruka added that even though firms are willing and eager to work with not-for-profits, the 5% cap on overheads under the rules prevents them from doing so.

“Human cost is justifiably the biggest cost for the not-for-profit sector because grassroots-level implementation is only possible by people. But companies view human cost as an overhead cost,” Pradhan added.

Naik suggests that in the fourth year of CSR rules, all stakeholders should reflect and address some key questions, which will help them iron out the continuing challenges to effective deployment of CSR funds, and help create better impact. These include government agencies and not-for-profits looking beyond CSR funds at corporate expertise and how to leverage it and establishing accountability within companies as to who is the decision maker on CSR—the board of directors, the CSR head or a third party. Also, how the role of a not-for-profit is viewed—is it a service provider, a vendor or sector expert?

Naik of Samhita concluded that for better impact on the ground “the intent of a said CSR initiative needs to be viewed holistically and get reflected in all the processes and actions of that CSR activity”.