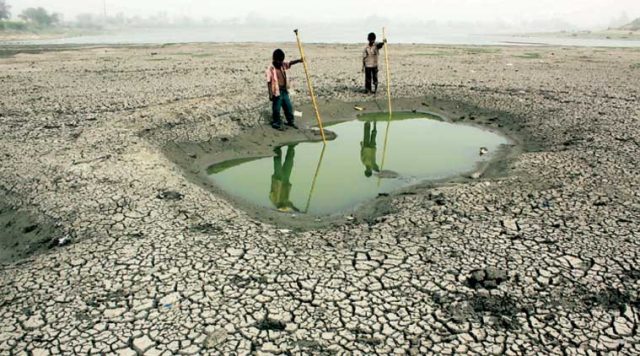 While Holi is just a couple of days away and everyone is planning to celebrate it, take some time out to think about the World Water Day too.

United Nations designated March 22 as ‘World Water Day’ since 1993 with an aim to raise awareness about importance of water and various issues around it. Each year, UN-Water — the entity that coordinates the UN’s work on water and sanitation — sets a theme for World Water Day corresponding to a current or future challenge. This year’s theme is ‘Better water, better jobs’.

According to UN, “Today, almost half of the world’s workers – 1.5 billion people – work in water related sectors and nearly all jobs depend on water and those that ensure its safe delivery. Yet the millions of people who work in water are often not recognized or protected by basic labour rights. The theme in 2016 — water and jobs — is focusing on how enough quantity and quality of water can change workers’ lives and livelihoods – and even transform societies and economies.” 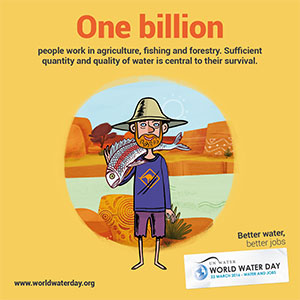 Water and sanitation also has a strong impact on workers’ lives and health. Two million work related deaths happen every year. Out of those, 17% are water-­-related (poor quality drinking water, poor sanitation, poor hygiene and related lack of knowledge). For example, in some factories women use rags from the factory floor for menstrual cloths as there is no access to improved sanitation facilities. These cloths are charged with chemicals and often freshly dyed which can lead to infections and even death.

The theme tries to emphasise on the direct link between water and creation of quality jobs. It aims to highlight how water can create paid and decent work while contributing to a greener economy and sustainable development.

Water is a finite resource and figures show dismal state of India as far as water goes. India ranks miserably low at 120th out of 122 nations in water quality and 133rd out of 180 nations for its water availability. Research by a leading consulting firm in water sector Everything About Water (EA Water) claims that the country is faced with an alarming prospect of becoming a water scarce nation by 2025. According to the World Bank study, millions of Indians currently lack access to clean drinking water, and the situation is only getting worse. While India’s demand for water is growing at an alarming rate, a rapidly growing economy and a large agricultural sector stretch is making India’s supply of water even thinner. 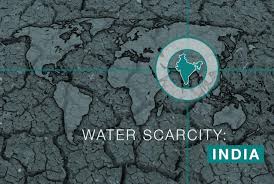 In a statement recently made by the World Health Organisation (WHO), more than 650 million people, or one in 10 of the world’s population, do not have access to safe water. This puts the affected at risk of infectious diseases and premature death. The WHO warned that dirty water and poor sanitation can cause severe diarrhoea diseases in children. It said the recent UN result indicated that diarrhoea disease, killed 900 children under-fives a day or one child every two minutes across the world.

According to Safe Water Network, among the venture capital firms that were analyzed in a report, only 5 out of 15 had provided funding to firms operating in the drinking water sector.

According to statistics by United Nations, improving water productivity to close the worldwide gap between supply and demand for water will cost US$50-­-60 billion annually over the next 20 years. With private sector investment comprising about half of that spending, positive returns could be expected in just three years.

Water is a finite source and needs to be cared for. There is an urgent need for an intervention from all parties to protect water and thus protect planet and people. Many corporate firms are already working in the sector with different intrusions using their CSR funds. The WHO estimated that every one dollar invested in improving water supply and sanitation services yields gains of 4 to 12 dollars depending on the type of intervention. Thus more corporate social responsibility (CSR) funds and proper usage in this area can yield multiple problems and encourage improved lives.