Finance Minister Nirmala Sitharaman, in a press conference held on 23rd August 2019, cleared all speculation regarding Corporate Social Responsibility (CSR) being a criminal offence. She announced that the government has no intention to go through the prosecution route, thereby, making Section 135 of the Companies Act, 2013 (Act) a civil offence only. Furthermore, the government is vehemently focussing upon the CSR related provisions and thus, widening the scope of the CSR activities through the recent announcement of the Finance Minister, vide clause (g) of the press note dated 20th September 2019, speaks for itself. The government is not hesitant in rolling back or amending the provisions which are eventually impacting the economy, as depicted by the various recent decisions undertaken.

The CSR provision was first introduced in the Companies Act, 2013 as a quasi-mandatory philanthropic approach which followed disclose-or-explain mandate. Although the companies had to give reasons for non-compliance, there was no penalty being levied upon them. However, after the Companies (Amendment) Act, 2019 being passed in the parliament, the above mandate was done away with and compulsion was imposed upon the companies to fulfil the obligations. Moreover, the Act introduced a penal provision under which there could be imprisonment of up to 3 years apart from a penalty being imposed.

Some experts felt that it would lead to the companies focusing more on spending rather than the outcome, therefore, going against the basic objective behind which the provision was introduced in the first place. Interestingly, Union Railways Minister Piyush Goyal, stated compulsory CSR to be a ‘mere’ accident. Furthermore, the Report of the High-Level Committee on CSR, 2018, submitted on 13th August 2019, also pointed out CSR to be a means to partner with corporates for social development wherein penal provisions would be against the spirit of the obligation enshrined under Section 135 of the Act.

The amendment created a huge debate regarding the intention of the policymakers behind such a provision. Therefore, even though all the other amended Sections came into force by 14th August 2019, the amended Section 135 of the Act (S. 21 of Companies [Amendment] Act, 2019) was deliberately left out which, according to company law experts, was a step to restore status quo as regards the CSR provisions.

Other lacunae behind the introduction

The introduction of compulsory CSR obligations on companies which have not even completed three years of incorporation only increases the burden on those companies and hampers their working.

The objective of propounding the concept of CSR is to inculcate in the corporate bodies a sense of responsibility towards the environment they operate in; to have corporate bodies contribute to the society they extract resources from and return to society in some or the other. The creation of an escrow account for depositing the amount to be used for CSR activities completely defies the primary objective. By extracting the amount, there remains neither any substantial development that the corporations were initially required to undertake, nor do they make any difference in the locality they operate in.

Giving money is the easiest task for a corporate body eligible under Section 135 of the Act. The mandatory usage of the funds and to administer strategic CSR programmes is an additional task for them. It was also stated by the Committee that the CSR spend should be based on nature of project, gestation period, the flexibility of programme etc. and there should not be a fixed time period for spending these funds. The government, by creating the upper limit of three years for the usage of funds allocated for CSR, discouraged long term projects which require longer gestation periods.

By creating the National CSR Fund, the government proved that it is the corporate money they are concerned with, for ploughing them into the national schemes. Now, if the corporate houses are unable to implement a scheme, they will deposit the amount in the national fund and get absolved of their liability. Therefore, it undermines the very essence of Corporate ‘Social’ Responsibility. Although the government, in the press conference, stated that more time would be given for completing ongoing CSR projects, only time will tell how that would be implemented.

However, the recent move of expanding the scope of CSR activities in public-funded universities and other research-related organisations will help boost the R&D sector of a country like India which has a low-performance level in this domain. This shows a willingness on the part of the Finance Ministry to help nurture the underdeveloped areas with the aid of CSR activities.

The Committee urged to not consider a contribution to Central Government funds as CSR activity. Allowing payments into funds which are operated by the government would alter the philosophy behind CSR and would lead to mechanical compliance by the companies. Additionally, there lies no deliberation on the accountability of the amount so transferred to these national funds.

The Committee also urged the corporate players to contribute with the aim of serving the unserved rather than commercializing the activity. This was a necessary step since data in the Committee report illustrated that except Assam, no other Northeastern states were being benefitted. Moreover, some states like Maharashtra were getting maximum attention while many others remained devoid of any benefits. Yet another crucial recommendation which the committee had put forward was an overall annual CSR survey by the Ministry of Corporate Affairs.

The clarification by the Finance Minister ensuring Section 135 of the Act to be a civil offence is a welcome step in the light of the economic slowdown. However, the government has rectified only a part of their mistake. The compulsion on companies to transfer unspent CSR monies to a fund prescribed under Schedule VII of the Act is no less than a form of taxation. Moreover, the recommendations made by the HLC in its report need to be taken into serious consideration by the government so there can be an end to this drama.

The importance of CSR can be interpreted by the very amendments which the government is regularly making in order to make it an ideal provision. Widening of the horizon is yet another policy decision in the quest of clarifying the true ambit of the same and to make it a fruitful exercise for the overall growth of the economy.

This column was published in the print edition of our magazine. To buy a copy, click here 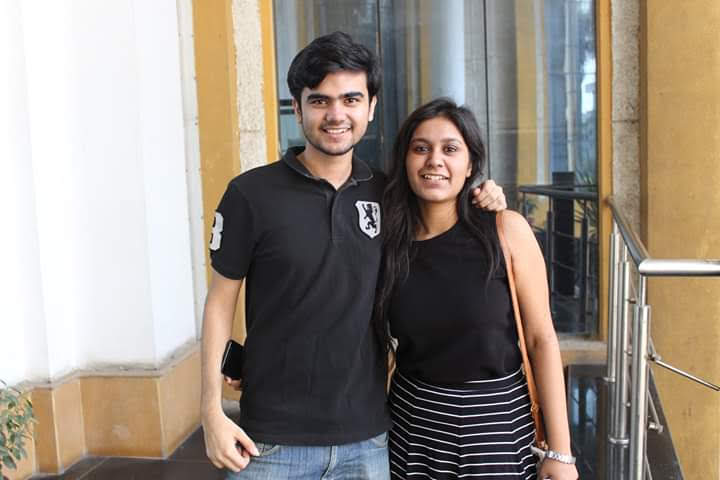 Nikunj Baheti and Stuti Agarwal are 3rd-year B.A. L.L.B students of Dr Ram Manohar Lohiya National Law University, Lucknow. They are also pursuing the course of Company Secretary. They both are keen followers of corporate world developments and write on the field of company law.

Thank you for reading. Your thoughts and inputs will genuinely make a difference to us. Please drop a line.