MARKETING grassroots innovations, as I do for a living, I am often confronted with a predicament: How to rebut gently without rebuke the presumption of buyers, socially-motivated organizations and general good fellas that grassroots innovation is jugaad, as in thrifty in approach, potentially limited in impact and technically not quite there?

To bring home my ill-concealed impatience, let me tell you about Dharamveer Kamboj (51), an innovator, herbalist and farmer.

As I write, Kamboj is a guest at Raisina Hill. President Pranab Mukherjee has conferred on him the honour Innovation-Scholar in Residence, 2014. His creation: A multipurpose food processing machine that facilitates on-farm extraction of oil, essence, pulp, juice and gel from over 100 fruits, flowers and herbs. In a country where about 30 per cent farm produce goes waste due to a lack of storage abilities, on-farm processes like Kamboj’s innovation cuts the farm-to-shop timeline short, stemming wastage.

Kamboj and three other grassroots innovators, chosen from across India, are interacting with concerned ministries, creating linkages with government technical and research institutes and working closely with mentors. So, when they leave the President’s hallowed hospitality in a month’s time, they would have found backing for product-development, scaling-up of operations and commercialisation.

[creativ_pullright colour=”red” colour_custom=”” text=”Even the employees would have left. Kamboj would be the last man standing. When I reminded him that he is the owner of the company, he said, it would take him time to get used to that privilege.”]

Kamboj and I met in the winter of 2013 at the India International Trade Fair. IITF is the largest business-to-business trading platform in the country. Sometimes, at exhibition closing time, packing back products and publicity material in crates in the bitter cold, we would be drinking chai and talking. He would have sent his young son home. Even the employees would have left. Kamboj would be the last man standing. When I reminded him that he is the owner of the company, he said, it would take him time to get used to that privilege. I wondered if he was referring to the years he worked as a rickshaw puller in the Khari Baoli area of Old Delhi.

Kamboj’s mother was an herbalist. As a child, Kamboj accompanied her to collect assorted leaves, roots and stems. Mother and son were very close. She died early, but not before introducing him to her understanding of nature and its herbal wealth. Then, in his early youth, Kamboj fell out with his father, a farmer, and left his village in Haryana, for Delhi.

As he ferried traders in Khari Baoli, arguably Asia’s largest wholesale spice market, he understood herbs mean big money. Circumstance took him back to his village shortly, where relationship with his father improved, and so did his insight. Kamboj began to train in organic farming. In 2003, when an aloe vera extraction proposal came his way, finding the existing machine too expensive, he started building his own.

Design, trial-and error, rectification of glitches, prototype, demonstrations, feedback, fine-tuning, it took four long years, lakhs of rupees, and unaccounted man-hours. Given the extraordinary quality of his innovation (an assessment that is based on the extent to which it addresses a market gap), Grassroots Innovation Augmentation Network, or GIAN, incubated it. Micro Venture Innovation Fund (MVIF) supported upgradations. The Central Institute of Post-Harvest Engineering and Technology (CIPHET) assisted in technical evaluation. HDFC extended him a revolving fund scheme to begin production. Not to mention, the National Innovations Foundation (NIF), under the Science & Technology Ministry, and a partner of GIAN, that nurtures him under its umbrella till date.

Given its in-depth journey vis-a-vis product development, and the breadth its of application, calling Kamboj’s machine jugaad would be the worst kind of misnomer. As IIM Ahmedabad Professor Anil Gupta, Executive Vice Chair of the NIF, puts it in his blog, ‘‘Tremendous experimental ethic is evident among people attempting local solutions. Some of the lazy intellectuals have tried to term all frugal solutions as jugaad… Surely, a term used so loosely becomes meaningless to characterise any systematic aspect of frugal innovation… Few of them realise that simple innovations sometimes are hardest to design.’’

In 2007, Kamboj sold the first machine. Around each machine a self-help group (SHG) of 15-35 people, connected to organic farming, have been formed. They sell various extracts under their own organic / herbal label to urban outlets. Among SHGs that derive livelihood from Kamboj’s machine are women in the Red Corridor of Maharashtra, adivasis in Rajasthan and specially-abled young adults in Uttar Pradesh.

Kamboj is what you call a serial innovator. I have not even begun to tell you about his other work. That’s for another day. Today, simply recognise him for the game changer he is.

This space brings you stories about the biggest and the best in the realm of grassroots innovations, and how they can change the face of wp. Write in to deepaadhikari@pipilikaenviro.in or editor@thewpjournal.in for business queries, clarifications and feedback 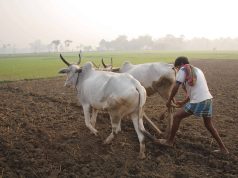 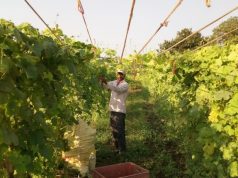