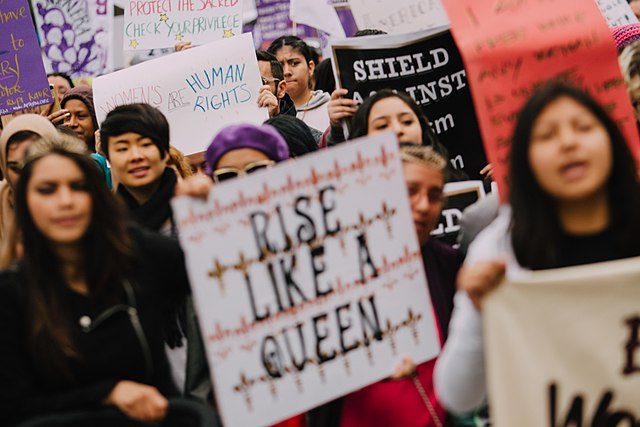 Sexual Harassment has emerged as the biggest equality issue facing women globally and in India, next in line are other distressing issues of sexual violence, domestic abuse, physical violence, sexualisation of women and girls in media, etc.

Various campaigns such as #metoo, #timesup, #neveragain have highlighted the level of concern people have around the world, who have faced equality issues.

“For today’s woman, the most important step towards complete gender equality is reigniting her confidence in herself, and knowing that there is nothing that she can’t achieve. Not only does it help her break free of the shackles imposed on her by society, but it also teaches her of her strengths, and of everything she is capable of. This International Women’s Day, not only should we celebrate the many achievements of women all over the world, but also take inspiration from them and renew our confidence in ourselves, stepping out of our comfort zones and taking charge of our lives. Only when we conquer all our insecurities and fears, and start believing that ‘we can’, instead of ‘we can’t’, will we be able to leap over every obstacle thrown our way, and leave behind a legacy, for others to follow,” says Ameera Shah, MD, Metropolis Healthcare.

‘ExtraordiNAARI’, women acid attack survivors created awareness to stop acid sale and acid attacks at Viviana Mall. They walked the ramp with confidence and letting their fighting spirit strike emotional chords. Stories of acid attack by alcoholic husband, one sided lovers and in-laws, touched hearts of one and all. The commendable act is they fighting back against all odds and finding jobs to make their career shine. There are over 350 registered acid attack survivors in India.

A global study by Ipsos, highlighted the level of concern people around the world have about the equality issues. While sexual harassment is the top equality issue facing Indian women, Indians are also concerned about some of the other grave equality issues of sexual violence, domestic abuse and physical violence that women face in their daily lives.

Some of the other key issues that have emerged include sexualisation of women and girls in media, access to education, workplace discrimination, balancing work and caring responsibilities, gender stereotyping, the amount of unpaid work that women do e.g. cooking, cleaning & childcare, access to sanitary products, among others, says the study.

“Clearly, Indian women confront the same equality issues like their global counterparts. With stringent laws being implemented and helpline numbers, women are now sort of united in speaking up, instead of suffering in silence. But there is still a huge gap between the number of incidents taking place versus those reported, due to the stigma attached to it,” says Parijat Chakraborty, Executive Director, Ipsos Public Affairs.