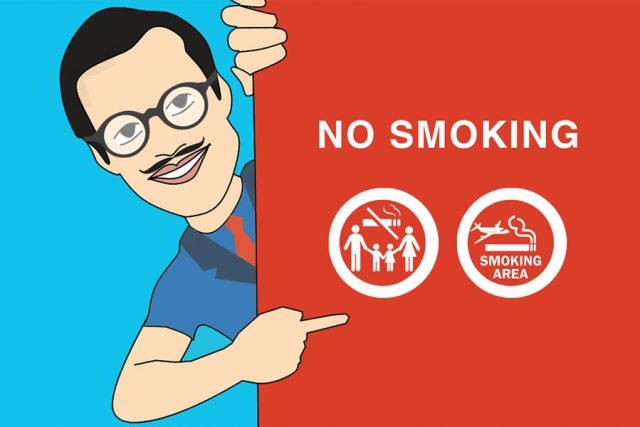 Sharmaji ka beta is dwelling upon different methods to quit smoking. He is trying to figure out ways which can bring self realization and determination to quit, among his smoker friends.

Sharma started monitoring the government efforts regarding smoking. He wondered if the efforts were actually enough.

Sharma realized, government has taken up the no smoking campaign very seriously. They have picked out youth icons to be brand ambassadors for the campaign. The ads are displayed everywhere in every form. There are videos, documentaries, films, posters and what not. They have even banned smoking at public places, to reduce the harmful effects of passive smoking.

However, they have provided Smoking zones at places like airports and offices. Even in the aircraft, that are strictly no smoking zones, there is a provision of discarding cigarettes in the washrooms. Hence, the smokers can take a smoke in the aircraft after paying a fine. The smoking is also made easier as the cigarettes are sold loose in the country.

The contrast confused Sharma. He wondered if banning the cigarettes altogether was an option. He thought that alcohol is banned in several states in the country when it has some health benefits. Even Marijuana is banned in the country, which is known as one of the best herbs in medicine for patients suffering from intense pain. On the other hand there are no known benefits of cigarettes.

Sharma started looking up for more information regarding this. He concluded that banning cigarettes would never be an option no matter how harmful they are. For one reason, that there should always be a choice for every human being rather than an enforcement. As enforcing something legally would not mean that it is executed literally. It would create more trouble than solve it. He thought of his time in Gujarat when his friend had access to alcohol all the time, even though it was a dry state. And his alcohol consumption was way more than Sharma, who had legal access to it.

Sharma also realized the contribution of cigarettes to the economy of the country. And banning cigarettes would just take that money away from the government to the underworld mafia and the black market.

Sharma realized his fight to stop smoking, is against perception of the society. Sharma has now started a not-so-obvious no smoking campaign of his own in his office. He has moved the smoking zone to a place away from the building, and transformed the current smoking zone into a recreational room. He has set up various table games and board games in the room, where people can come to socialize and take short breaks. He has requested his senior subordinates to utilize the facility often so that his non-smoker colleagues do not feel obligated to take up smoking in order to network.

“This is a small step, I know,” said Sharma. “But it is a start. Socializing is a huge byproduct of smoking. If that has an alternative, many people would not feel the need to take up smoking.”

Sharmaji who was an occasional smoker himself, realized that he smoked to socialize as well. He felt proud of his son and started conducting various activities, for networking and socializing with his friends and colleagues that would not involve smoking or drinking. His friends enjoy each activity thanking him for coming up with brilliant unique ideas each time. He credits his son for it saying, “My son is my inspiration. You should definitely learn something from Sharmaji ka beta!” 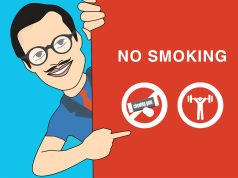