The country’s largest lender, State Bank of India, has contributed Rs. 10 crores to the Armed Forces Flag Day Fund in its efforts to support and enable the armed forces of the country.

On the occasion of Armed Forces Flag Day celebrated on December 07, SBI has reinforced its constant support to the armed forces by contributing toward children’s education. As a part of the bank’s philanthropic responsibilities, SBI will sign an MoU with Kendriya Sainik Board to support and educate the children of war veterans, ex-servicemen, and war widows.

Dinesh Khara, Chairman, SBI, said, “At SBI, we are strongly committed to an inclusive growth, building communities and aligning with the national priorities. Our contribution to the Armed Forces Flag Day Fund, is a humble gesture to support the welfare of the armed forces. We express our gratitude to soldiers who valiantly safeguard our nation and protect its citizens despite facing enormous hardships. We believe our efforts will help make a difference in the lives of the war veterans and their families. SBI has always been at the forefront when it comes to supporting national causes and will continue to do so.” 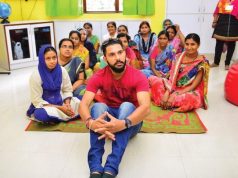