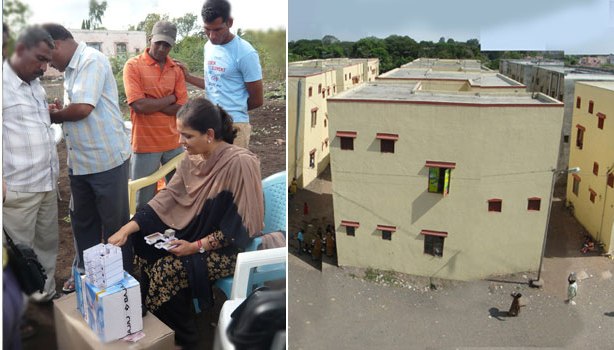 Upholding the vision of an India where every citizen has access to basic infrastructure and secure tenure, Pratima Joshi co-founded Shelter Associates (SA) in 1993. It has a team of accomplished architects, social workers, geographic information systems (GIS) analysts and community workers that strives toward ensuring equal distribution of rights and resources by enabling access to basic infrastructure and social housing to the urban poor.

By using the core competencies in Poverty Mapping, Housing and Sanitation, SA has effectively surveyed and mapped 2,25,000 urban slum households.

Housing for the poor

SA aims to convert slums into housing societies for the poor, to provide safer and cleaner environment, retaining the community spirit and giving access to services like water, sanitation, electricity etc. which often, urban slums lack.

Based on data that they had collected from slums across cities, it was evident that access to safe sanitation was acutely missing. This led them to focus their attention to household sanitation in slums by launching its ‘One Home One Toilet’ (OHOT) model. This initiative was highly amplified and validated with the launch of Swachh Bharat Mission in 2014.

The OHOT model is a 3-step model, which is data-driven and community centric.
1. Creating Spatial Data: Settlement level and household level data collected across settlements is spatially laid on a GIS platform which serves as a planning tool to strategically target and monitor interventions.
2. Mobilizing Communities: Creating awareness regarding health and hygiene, generating demand for toilets and empowering communities
3. Delivering Toilets: Through a cost sharing model, delivery of construction materials at the doorstep of beneficiaries where they bear the cost of construction bringing in ownership and flexibility.

The OHOT model integrates urban local bodies (ULB) and other stakeholders to ensure sustainability & scalability of the model. Moreover, The Ministry of Urban Development (MOUD), GOI uses SA’s OHOT model as a showcase for ‘Best Practices in Sanitation’. SA has also been appointed as one of the trainers/experts in Sanitation to mentor different ULBs and their officials.

SA has taken prudent actions in the light of development of slum dwellers. With an extensive data collection and an end-to-end data-driven automated solution serving as the foundation, SA sees this as a golden opportunity to institutionalize the use of data within the Urban Local Bodies.

To know more and contribute to the project, write to us at editor@thecsrjournal.in 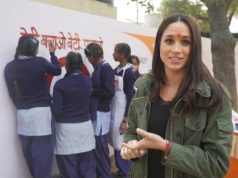 Meghan Markle did charity work in India before wedding 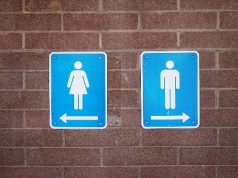