In April 2010, India passed the Right of Children to Free and Compulsory Education Act, a landmark legislation aimed at universal enrolment of students between the ages of 6-14 in schools. But despite enrolment figures in schools seeing a significant upward trend since the Act was passed (96.7% in 2013); student performance has seen a downward spiral, both in public and private schools, according to ASER Reports.

The recent decades have witnessed the mushrooming of budget private schools (BPS) – low fee schools that charge less than the government per-child expenditure in public schools. Although the exact numbers are unknown, it has been estimated that there are 3,00,000 to 7,00,000 such schools in India today educating millions of poor children. The key concern with the RTE’s focus on inputs to education is that these schools, currently functioning at one-third the cost of government schools (with equal or better learning outcomes) and serving the poorest sections of society, are unable to meet these norms and standards without significantly increasing their fees.

The law mandates that non-compliance with RTE standards will lead to the shutting down of these schools. Media reports that since the passing of the RTE, 2,983 schools have been shut down across 17 states, and another 5,907 face threat of closure. In Punjab alone, 1,170 schools have been shut down. These figures, already staggering, become even more so when you consider on-ground figures. The CCS field coordinators in the National Independent Schools Alliance report that 4,331 schools have already been shut down in 17 states – 2,500 in Punjab, while another 15,083 face threat of closure (as on 18 March 2014) affecting over 18,00,000 students.

Keeping the above in mind Centre for Civil Society (CCS) has taken strong steps to ensure that an Act that aims to increase access to education is not in fact undermining its own objective. This endeavour, has catalysed the formation of the National Independent Schools Alliance (NISA) whose primary objective is to create an enabling ecosystem for budget private schools where they can simultaneously advocate for their rights with the government and share best practices and innovations in education that will improve the quality of education being imparted. Since its inception, NISA has grown into an organisation of 8,000 schools spanning 19 of 29 Indian states. Through active engagement with school owners and associations, NISA organises teacher training workshops and state and national level conferences where members share their successes and challenges in their interactions with government officials, fighting for their rights in the face of the RTE.

Alongside these advocacy efforts, CCS through its legal public interest initiative, Justice, has planned to file Right to Information (RTI) applications and Public Interest Litigations (PILs) in High Courts across India to contest school closure in the face of RTE norms.

Aims For The Year

In the last few months, CCS has journeyed to four states, visited a number of budget private schools with diverse financial and social structures and captured 45 stories of fortitude and commitment of parents, teachers, students and school owners that have been presented in their coffee table book, Boondein: Stories of Hope from Budget Private Schools in India. The book captures and showcases the essence of these schools, why parents prefer these schools to their government counterparts, what made these edupreneurs start these schools; building evidence for their relevance and acknowledging their contribution in achieving universal education and schooling for all children in India.

There is an immediate need to reshape the school education policy landscape by shifting the focus to learning outcomes, expanding choice in education and advocating deregulation of the private sector. The need of the hour is to protect these budget private schools (BPS) from input-centric RTE norms and enhance their credibility and capacity. 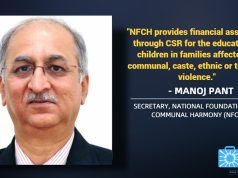