Results of a new analytic survey published by Global ESG Monitor (GEM) showed that U.S. companies in the Dow Jones Industrial Average (DJIA) generally had miserable scores when it comes to reporting on their non-financial progress on Environmental, Social and corporate Governance (ESG) goals.

Nineteen of the 30 Dow companies fell in the bottom 50% of the 140 companies that were analyzed worldwide. Walgreens Boots Alliance (WBA) was the highest-ranking Dow company with a GEM Rating of 45 out of a maximum 66 points for stand-alone ESG reports followed by Intel (INTL) with a score of 42.

Most American companies studied failed to match the top scores of other brand name firms that are listed on leading indices in the United States, Germany, Europe and Australia. At the bottom of the Dow field, was Microsoft’s (MSFT) independent sustainability report, which managed to garner just 3 points based on quality-evaluation criteria such as transparency, comparability, and reliability. Four U.S. companies were in the bottom five rankings of all companies surveyed including: McDonald’s (MCD) and JP Morgan Chase (JPM), with Honeywell (HON) joining Microsoft in a tie for dead last.

“If these were grades on the high school scale, only one company, Walgreens Boots Alliance, would have received a passing grade for their stand-alone ESG report,” said David Fuscus, President of Xenophon Strategies, a partner in production of the Global ESG Monitor. “Twenty-three Dow companies would have an F, with scores so low that they might be held back a grade.”

The study clearly showed that the value of ESG reporting in the U.S. is a much lower priority than companies in Europe and Australia. This means that investors are missing out on opportunities.

“The problem is, we don’t really know what these companies are doing on sustainability because they have dismal transparency in how they report,” said Michael Diegelmann, CEO of German investor relations and ESG consultancy cometis which participated in production of the report.

“Data shows companies that prioritize non-financial ESG goals can outperform their peers financially. Yet, too often the basic details that publicly traded corporations choose to report, how they report it, where they report it, and even who exactly is responsible for sustainability is left out of official ESG documents that investors use. The lack of comparability makes it nearly impossible for stakeholders to accurately judge what’s happening.”

Among the indices, the Dow Jones companies delivered the least comparable and transparent information overall among all four indices with an average GEM Rating of 25.79 on the 66-point scale for dedicated ESG reports.

Ariane Hofstetter, CEO of research institute KOHORTEN which led the analysis and designed the study, said: “By measuring and comparing sustainability reporting, we want to ensure more transparency. We are convinced that only through transparency can global sustainability goals be achieved. It is also important to note that the data shows European-indexed companies perform better. Is this a coincidence or the result of regulation and political will?”

GEM’s research analysts are all specialized in capital market reporting and used a variety of research techniques and developed a proprietary analysis method known as the GEM ASSAY™, which includes data and quality-evaluation criteria that analyzes comprehensibility, transparency, measurability, comparability, timeliness, adequacy, and reliability. The GEM ASSAY™ consists of 53 general and 490 industry-specific criteria, the latter of which were defined working with the “accounting metrics” of the Sustainability Accounting Standards Board (SASB). Other frameworks, like the Global Reporting Initiative (GRI) and the UN Sustainable Development Goals (SDGs), also informed the study criteria.

Among the key findings globally, only about a quarter of the reports (27%) provide any methodology and even fewer reports (19%) provide formulas, approaches or calculation methods on how ESG data was gathered. The study also reveals that less than half (35%) of the reports demonstrated transparency when it came to ESG objectives that had not been met.

The study highlights the lack of information about stakeholder involvement when it comes to ESG issues. “Global standards make stakeholder dialogue a priority for sustainability reporting, yet a weakness in reporting common to all regions is transparency around stakeholders.

How stakeholders are identified is not disclosed in four out of five reports. Also, companies are much more likely to report on how issues are being managed rather than naming the issues raised by stakeholders,” said Mark Paterson, principal of corporate sustainability specialist Currie in Melbourne, Australia. 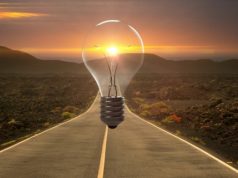 ESG is just the tip of the iceberg 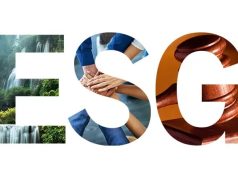 93% Indians Believe its not Enough to only Prioritise ESG. Action is Needed: Study