No, I do not intend to discuss politics. I will stick to my commitment of keeping the conversations around Gender Neutrality going and growing.

If you have read my book We-Men@Work , you already know that I love wordplay. I feel that every word has much more to offer than just what it stands for. So for me, the word “Mythology” gives a “not so subtle” hint. It starts with “myth” but still crores would die and kill to logically defend the myths in our mythology.

One interesting act derived from Hindu mythology is to offer the pedestal of “Goddess” to the female gender. I mean I get it that if a particular group within the same species is able to deliver a bundle of life from a seemingly tiny aperture (multiple times) and stay alive to nurture it, one would feel that there is something miraculous about that segment that the other half lacks. Though this immense awe-inspiring act by women didn’t stop us from disproportionately skewing the mythical heroes towards men.

To be honest I think Hindu mythology is fairly gender diverse and mimics best of our current day workplace with roughly 70% Gods and 30% Goddesses in it. In spite of this obvious majority, we hardly address men as Gods (Dev) while women frequently get compared with Goddesses (Devi) in real life even today. Why so? Here is my theory. Every manager knows that motivation is a strong tool to get more work done from her/his team, which I think has been used very intuitively by the society in the context of women or the Devi. Conferring a title like that implies that she will multitask, nurture and love unconditionally after all she is not a mere mortal like the men. It might have been a subconscious evolution and not a deliberate one.

This pedestal manufactured in mythology came with its fair share of warnings. I mean instances of jumping into the fire to prove purity, walking with ten hands to defend yourself, birthing hundred times, being a single mother (the list goes on) should have been enough for the females to politely decline the pedestal being offered but somehow we cherished it. The respect that was promised with it, out-shined the probability of going through such absurd hardships. That promise of respect dies a shameful death every 15 mins (frequency of reported rape instances in India). Thus the gender pays a huge cost for a notional pedestal.

Let’s now examine the power of this pedestal in today’s day and age. Thankfully the constraint of time is real for both the “Devis” and “Devs”. If the woman who was so far holding the fort at home now goes to office leading her team to succeed in business objectives , it is theoretically obvious that she will not have time to recreate the recipes that her mother/grandmother was good at. While facts uniting the gender members are the same over thousands of years, the context of society keeps evolving every couple of years. But then today she is on a pedestal of being a “natural” multi-tasking expert and nurturer, which multiplies the pressure to excel across personal and professional life, ignoring the reality of time constraint!

A son who grows up in an equal environment hopefully ends up being an equal partner in a modern-day marriage now feels a similar pressure too. Of course, along with the upbringing he has to have the resilience to keep dodging the temptation of the deep-seated biases that work in his favour all around him. Today men share the load of bringing up the kid, doing household chores and excelling in the workplace at par with their female counterparts. The era of guest appearances by fathers in child upbringing is (very) slowly diminishing. This is the right time to realise that unlike society at large, time is impartial to genders. Men have their own pedestal to pay for. The pedestal that celebrates his masculinity. That demands him to be emotionally and physically strong while acting as the ultimate protector and provider for his family.

The complimentary tag of the primary bread earner that comes with his pedestal leaves men confused when their spouses do better professionally than them. Very few know how to settle into that reality and celebrate it. Because of the tag, a lot of men illogically construe the success of their partner as a reflection of their own failure leading to ego battles. The pedestal men stand on, very categorically defines what “he” can’t do (talk openly about feelings, show feelings), leading to bottled up of emotions and adverse reactions.

We can call these examples stereotypes or pedestals, the fact is they are nothing but implications of availability biases (human tendency to think that examples of things that come readily to mind are more representative than is actually the case). This can be tackled only if we start correcting our behaviour right from the upbringing stage. Accepting that at best we can only raise responsible human beings and not superhumans (who can fulfil their “basic gender roles” and then stretch to establish prominence in the other) is the first step towards a pedestal free world.

One of the workplace version of the “Pedestal” in its most prominent form is the celebration of Women’s Day. Growing up I used to be extremely proud of my birth date – 8th March – that coincided with the women’s day but today I feel that this again is a pedestal that works against the aspiration of an equal opportunity offering future.

More than the concept of the day, the way it is celebrated at offices only helps to widen the divide between the genders. I have either experienced or heard of the following celebrations for Women’s day at workplaces –

– Roses and chocolates on the table

I do not want to take up each of the above cases to point out the obvious. Women’s day celebrations at the office simply patronises a gender. It does not address any natural differences between genders so that their output potential is neutralised. Creating such cosmetic gestures, without adding any depth, is only detrimental. We need to nurture talent at workplaces with empathy to ensure a world of equal opportunities in future.

Realising the cost we pay for the various gender-related pedestals, both at workplaces and society at large and stepping down from them will liberate us to act and explore our true individual potential.

Sanchita Ganguly is a marketing professional with experience across agencies and multiple leader brands. Her decade and a half long professional journey inspired her to author her debut book “We-Men@Work” that intends to trigger conversations around gender neutrality at workplaces.

To read more stories by the author, click here. 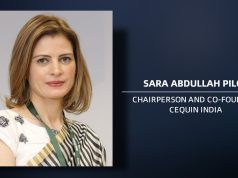