A study conducted by Sanjog, a technical resource organization, and Tafteesh, a coalition of lawyers, activists, social workers and survivor leaders, on assessing the operational competence of Anti-Human Trafficking Units (AHTUs) across India revealed that only 27% of the AHTUs are functional and only 51% being notified with all the power and resources. The study was spearheaded by 5 lawyers who filed RTIs in 33 States and Union Territories out of which only 22 States and Union Territories responded.

This study collated data between 2010-2019 with the objective of evaluating the effectiveness of the AHTUs to find out the number of AHTUs actually notified by State/UT Governments, the district-wise breakup of these AHTUs and various aspects of how they functioned and trained their officials.

Responses from 16 States and UTs showed that 225 AHTUs are set up only on paper with no centralised process to notify them. Further, the number of notified AHTUs in many states/UTs were much less than the number of AHTUs that states/UTs claimed were operational. Most of the AHTU postings were only seen as ‘notional’ offices occupied by near-retirees or police officials taking on ‘punishment postings’.

Pompi Banerjee, a psychologist and researcher at Sanjog and a member of Tafteesh said, “As a result of the pandemic, many people are facing job loss and financial hardship. This makes them more vulnerable to trafficking. Therefore, it is important to understand the effectiveness of the AHTUs, especially when the Ministry of Home Affairs issued an advisory asking the States and UTs to set up new AHTUs and upgrade the existing ones and saying that INR 100 crore have been allocated from the Nirbhaya Fund in this regard. As specialized police units, AHTUs are extremely important in the anti-trafficking system. They are the main grassroots-level unit investigating trafficking cases, rescuing survivors, and aiding the prosecution of offenders across the country.”

The study also found that only seven states/UTs (Bihar, Kerala, Nagaland, Rajasthan, West Bengal, Tamil Nadu and Uttarakhand) have AHTUs covering all their districts. All the other states either have AHTUs in half or less of their districts, with Andhra Pradesh and Chhattisgarh having the lowest coverages of AHTUs with 30% and 25%, respectively. Also, it’s alarming that 51% of the states were unresponsive to the questions of establishing AHTUs.

Kaushik Gupta, Advocate, Kolkata High Court also heading the legal team of Tafteesh said, “The merit of any criminal case lies on the quality of evidence that the investigation provides. In my experience of having researched and worked with over 200 cases, I find that officers from local police stations are unable to conduct robust investigations and the same cases, when transferred to AHTUs have a much better impact and helps in prosecution. I can’t say if AHTU officers are better trained or more skilled, but prima facie, they have the time, resources and systemic support to do a diligent job.”

Asma Mollya, member of Utthan and a community leader in ILFAT said, “Many of us can attest to the fact that AHTUs are critical offices in the anti-trafficking system, as they are an investigative agency. The officers from AHTUs are much more patient, respectful, trained and focused on their investigation, gathering strong evidence to successfully punish traffickers in court. We have had improved experiences of the criminal justice system, when AHTUs were available to investigate our cases.”

The functions of AHTUs primarily include registering cases of human trafficking, conducting raid and rescue operations for survivors of trafficking, carrying out investigation on all aspects of the crime, collecting evidence, effectively prosecuting traffickers, collecting, disseminating and utilising intelligence on human trafficking and the sharing of information on traffickers to concerned law enforcement agencies.

Human trafficking for the purpose of commercial sexual exploitation can invoke legal provision of the Indian Penal Code, 1860 (‘IPC’), the Immoral Traffic (Prevention) Act, 1956 (‘ITPA’) and the Protection of Children from Sexual Offences Act, 2012 (‘POCSO’). Complaints of human trafficking can be made before the local police, who ideally have to transfer such cases to the jurisdictional AHTU. 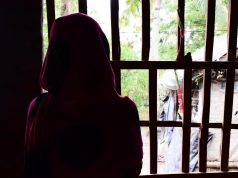 On World Day against Trafficking in Persons, a look at what is Needed to End a Global Scourge