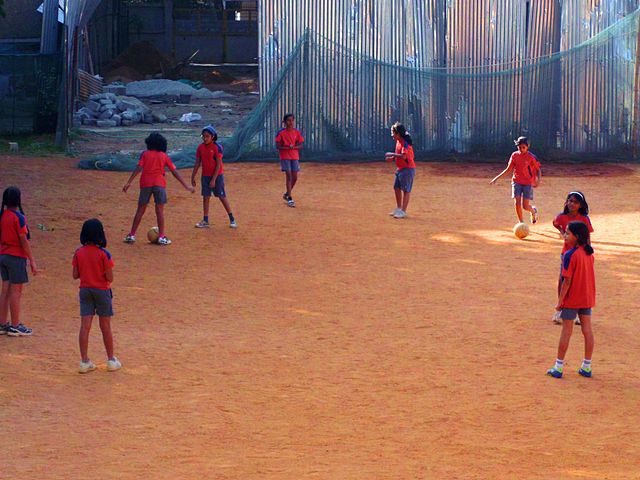 Every third child in India has an unhealthy BMI and only those schools that have more than three sessions of physical education have fitter children, a study has revealed.

The nationwide seventh Annual School Health and Fitness Study 2016 has revealed that the fitness and BMI levels of school children in India – regardless of age, gender, region or city continue to be far from satisfactory.

Numbers between 18.5 – 24.9 is considered as normal or healthy BMI. Anything below the range is considered underweight, and above is overweight or obese.

The study by EduSports, a physical education and school sports enterprise, was built into the co-scholastic curriculum of schools for the academic year 2015-2016. It covered over 1,69,932 children in the age group of seven to 17 years, in 326 schools, across 86 cities, in 26 states. It assessed fitness parameters, like sprint capacity, flexibility, lower and upper body strength, abdominal strength and body mass index (BMI). However, 69% girls have a healthy BMI compared to 62% boys, with boys showing stronger lower body strength than girls.

The fitness levels of children in metro and non-metro cities were similar. “Schools have a clear advantage over homes, clubs and academies. They have the necessary resources, such as safety-compliant infrastructure, trained teachers, a dedicated time for sports and a healthy environment to build team spirit and competition. Schools provide the best avenue for replicable intervention to get children more play time,” says Saumil Majmudar, CEO and Co-founder, EduSports.

“Children are becoming less active for environmental or interpersonal reasons. Lack of physical activity increases the risk of obesity and health-related problems in adolescence, and adulthood,” said Saumil Majmudar, CEO and Co-founder, EduSports. “Schools provide the ideal environment to promote physical activity at the right age and improve fitness standards among children,” he said.

Thank you for reading the story until the very end. We appreciate the time you have given us. In addition, your thoughts and inputs will genuinely make a difference to us. Please do drop in a lineand help us do better.

Report: 64% of schools in Karnataka have playgrounds, better than national average