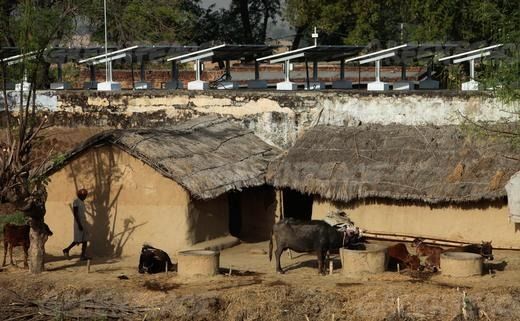 Bihar is a beautiful State with beautiful people and a rich culture and glorious heritage. It is a state that manufactures the most academicians, IITians, doctors, IAS, IPS and IRS officers. However the ground reality is different.

Bihar comprises three distinct regions, Magadh, Mithila and Bhojpur, each having its own distinct culture and history.
Historically, Bihar brings out the nostalgia of its pristine glory crowned by the famous Nalanda and Vikramshila, both centres for advanced spiritual learning and learning in various fields of literature, fine arts, ayurveda. It was always a leading destination for rich cultural exchanges from the world over. Students in various disciplines would visit this State and take the learnings to the rest of the world.

The Anga kingdom, Videha kingdom and the Magadha kingdom which extended across India and stretched into parts of current day Nepal. We find rich references to these territories in the Ramayana and the Mahabharata. Great historical empires arose and ruled, including king Yudishthira’s dynasty which ruled for over a thousand years, and find rich reference in Hindu, Buddhist and Jain texts.

Nalanda university, which was the capital of the world for advanced studies in culture, spiritualism, etc stood in Bihar and was destroyed along with libraries carrying thousands of ancient Indian texts in the 12th century by Mughal emperor Muhammad of Ghor. Bodh Gaya has witnessed the rise of Buddhism as a religion. Patna was the birthplace of the famous Sikh guru, Guru Gobind Singh.

Modern-day Bihar is both an eastern and northern state in India. As I travelled extensively in the remote areas like Katiyar, Karpoorigram (in Samastipur), Ghadbaruaari (in Supaul), Shahpur Baghauni, and many other belts, I was happy to see 100% electrification, and surprisingly good mobile connectivity everywhere.

Strangely, I also realised that after the “alcohol prohibition law” was passed in Bihar, a large number of people are addicted to toddy (taadi) a drink made from the tarkul tree. This addiction is a serious problem affecting lakhs of people and wreaking havoc on thousands of rural families who are already exposed to ‘protein malnutrition’ , ‘hunger’  and ‘scarcity of health resources’.

A substantial portion of the medical treatment is given by quacks or jhollachaap doctors. Patients with serious illnesses have to travel 30 – 40 km to get to a government hospital or a qualified doctor, and who may or may not be available on duty. Sadly, people have resigned to their fate. They still continue to go to the village doctor or to the larger cities like Patna for special care in major illness.

Of concern are false blood reports, false sonography reports and false X-ray reports, rampant in the rural areas. I observed that even the medicines were substandard or spurious; as a result, patients do not respond satisfactorily to treatment. Many illnesses were aggravated due to misdiagnosis. As I travelled further, I realised that the biggest satisfaction for me would be to reach out & provide affordable healthcare facilities and access to good medical treatment to our fellow citizens in the state of Bihar.

I have treated thousands of patients in the rural areas and provided them with subsidised or free medicines but in the end, it is not the “poverty in Bihar” but the “poverty in our hearts” that is responsible for the utter state of neglect in this golden State. 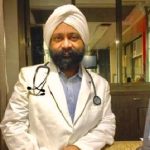 Dr Anantpal Singh is a leading physician, entrepreneur and health researcher from Spectrum Health Solutions Pvt. Ltd. Dr Singh envisions a global community with healthcare solutions which are simple to use and deliver better results than conventional methods.

CSR Needs To Step In To Control AES Outbreak