“What really matters for success, character, happiness and life-long achievements is a definite set of emotional skills – your emotional intelligence – not just purely cognitive abilities that are measured by conventional IQ tests.”

As someone who has grown up with the foundation of sports, I’m often asked: What traits from your athletic experience have helped you in your professional career?

Out of the multiple things that have helped me, the most prominent one is ‘emotional intelligence’. It is essentially an intangible quality that affects one’s behaviour management, steering of social complexities and enables an individual to make decisions that achieve positive results.

It is that attribute of human behaviour which is distinct from intellect and has many aspects attached to it, such as – self-awareness, self-regulation, motivation, empathy and social skills.

Whether on the field or at the workplace – we are faced with situations that may not always be favourable. Then how does one act to turn a nerve-wracking and anxiety-inducing experience into something positive? The process for this transformation involves persistence, determination and focus which thereby enables us to marshal our positive emotions.

Back in November 1989 – when Sachin Tendulkar had made his debut against Pakistan, he was brought to play against fast bowlers Waqar Younis and Wasim Akram. The fourth test match was the main showdown. With batsman Navjot Singh Sidhu on the crease, India’s score was 38/4.

Waqar Younis was bowling and he slammed the ball right in the middle of the wicket when the ball hit Tendulkar’s nose – and it started bleeding profusely. While everyone ran to his rescue and the stretcher ready to carry him out, he uttered the words ‘Main khelega’ – and the rest is history.

He went on to hit a four on the next ball by Waqar Younis and even now, almost three decades later, Sachin is regarded as the ‘God of Cricket’.

Another example, Mary Kom. The epitome of self-belief and dogged determination, she has fought many battles even outside the ring. She juggled through the struggles of life and moved from strength to strength; with an incredible career studded with six world titles, an Olympic bronze medal, five Asian titles, gold medals at Asian Games and the Commonwealth Games, besides numerous other international top finishes.

Mary started her career in 2001, dominated women’s boxing till 2006 post which she took a sabbatical for two years, only to come back after giving birth to twins – to clinch her fourth successive world championship. She faced a lot of backlash from society and a lot of doubt – whether she would be able to continue her incredible career or would she have to give it up because of other responsibilities, but she was unperturbed and never lost her focus – such was the strength of her self-belief.

As she said, “I realized that the hardships I faced in my formative years are the foundation of my strength.”

She fought the system, shifted weight categories, came back after giving birth, and broke the shackles of society and till date stands as the BEST BOXER in India! USA boxing coach Billy Walsh said, “She has been a legend and continues to be for the sport. She took up boxing when women’s boxing was nothing.”

Such is the magnitude of emotional intelligence – it has the power to create a huge impact in the most positive way possible. At a time like this, when every individual has been pushed to their limits with the situation worldwide, it is imperative that the focus now shifts to emotional intelligence along with intellect.

Tying this to the learnings from the above-mentioned examples – it is only through consistently working towards emotional intelligence, that we can change the unfavourable factors into a favourable and positive force.

The author, Sanjeev Anand, is Head – Commercial and Rural Banking, IndusInd Bank. He is an avid sports enthusiast.

To read more articles from the author, click here.

Sportsmanship: The True Essence of Sport

How sport teaches us to keep coming back for more 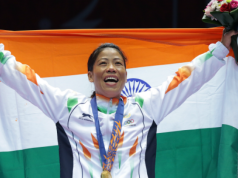