The wetlands in the east of Kolkata are part of a unique ecosystem that thrives on wastewater from India’s third-most populated metro city. It’s the world’s largest organic sewage treatment system that doubles up as a vegetable garden and fishery that supply more than a half of the city’s daily requirement.

The salty, low-lying marshes beyond east Kolkata are a natural ecosystem. They were brought into use more than a century ago by an arrangement of sewage, sunlight channels to get rid of the city’s organic waste.

Despite their usefulness, the wetlands have been rapidly shrinking due to the ever growing real estate in a crowded city. After being declared a Ramsar site of international importance in 2002, steps have been taken to protect the ecosystem, but with limited success.

The two unique services that the wetlands provide are zero-cost treatment of the city’s wastewater and community livelihood-based transformation of the waste to nutritional wealth; are best served if they receive a sufficient supply of wastewater.

In the past it was a rich abode of wilderness and was well-known for its rich flora and fauna diversity. Today, this natural asset is highly threatened due to the phenomenon of urbanisation. Living organisms are sensitive to the change in the environment. Monitoring their presence, abundance as well nature of birds, helps analyse the drastic changes in the ecosystem. Data indicates that there is a change in the wetland habitat for which the human activities are chiefly responsible. Landuse data shows highly fragmented wetlands in the core zone. This is a result of fragmentation of wetlands into relatively smaller patches, draining of water bodies and release of urban waste water.

In some cases, the complete disappearance of certain species and their local extinction can be attributed to lack of food, hunting and usage of chemicals in agriculture and fisheries related activities. Smothered by plastic, the sprawling East Kolkata Wetlands that kept the city from choking for centuries is gasping for breath. The rapid conversion of land use has paralysed the fisheries and vegetable farms in the area and led to a crash in the local economy, resulting in distress among people who have been living here for long.

These wetlands have the world’s largest network of wastewater channels powered by gravity that use domestic sewage from Kolkata as a nutrient source to grow fish, vegetables and rice. Besides supplying as much as 25% of the city’s fish and vegetables, this part-human, part-natural ecosystem treats the sewage in a scientific and eco-friendly manner.

Although the East Kolkata Wetlands Management Authority, set up in 2006, forbids any change in land use, it does not have the power to enforce compliance. While World Nature Conservation is being observed globally on July 28, there is very little awareness of the usefulness of the wetlands and the hunger for land often overpowers the sensible approach of preserving it.

Nature Conservation Day: Why We Need to Conserve Nature 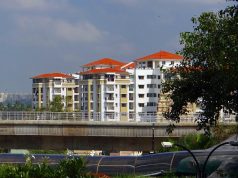 Where Does Bengaluru’s Sustainable Growth Stand?