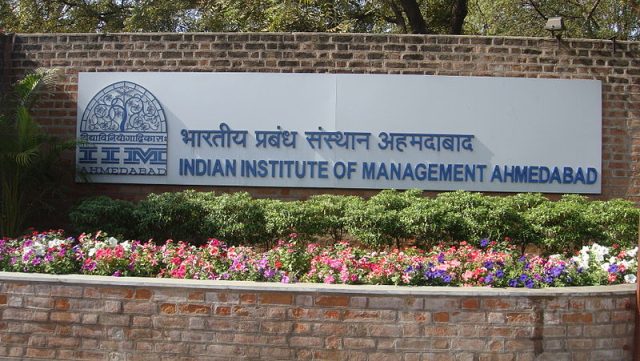 THE RTE-Resource Center, a student initiative and action research project at IIM-Ahmedabad, organized a meeting of parents, from economically weaker sections, whose children have been admitted to private schools under the mandate of the Right of Children to Free and Compulsory Education (RTE) Act, 2009. The purpose of the meeting, held on 6th July, 2014, was to inform parents of their rights under this act and discuss their experiences with the act. The meeting saw enthusiastic participation by over 150 participants, that included both parents and volunteers from organisations like Saath, Savera and Samvedna as well as other community volunteers that have worked along with the RTERC to facilitate the implementation of the act.

Some important learnings that emerged included: a significant number of children had been successfully attending the allotted schools and although they had face some resistance in the initial stages, the schools were now co-operating; however, several parents reported of schools not admitting their children even after they had received letters from the District Education Office to do so. In addition, there were reports of schools having demanded fees like admission fees, examination fees, computer fees from parents. In several cases, the schools that have collected such fees have refused to return it. Parents also spoke about discriminatory treatment that some of their children had experienced. This included not allowing the children to sit on benches like other children; making the child stand outside the classroom because of absence and not allowing the parent to speak to the management.  The lack of clarity from the government on reimbursement of expenditure on uniforms and books was also a source of confusion for most parents. Event coordinator, Palak Joshi, informed us that most of the grievances have been documented and the team would follow up with individual parents.

The parents were informed that schools are not allowed to charge any fees from them. In addition, the means by which their grievance could be redressed under the provisions of the Act were explained. The parents were also provided short summaries of the rules of the RTE Act and points of contact in case they faced any problems. A short session in which the parents’ were broken up into small groups of 10-15 each saw the identification of parent committees and community leaders from among the groups, who could also be called upon by the members of their respective communities in case of problems.

Ashish Ranjan (PGP 2012-14) who is coordinating the RTERC, shared that “We are hoping to identify volunteers and resources from the Ahmedabad community who would support and help in taking this initiative forward. We believe it is important that policies of the government be implemented. By our work in Ahmedabad, we hope to further the implementation of this important provision locally and share our learnings nationally. ”

“It is very encouraging for us, this small initiative by IIM students and staff began last year has brought smiles and happiness in the life of many parents. In this process we are also educating parents about their role in their kid’s education apart from getting admissions under RTE. This meet reinforces the institute’s commitment to the welfare of the residents of this city”, said Peeush, an IIM student who helped coordinate the event.