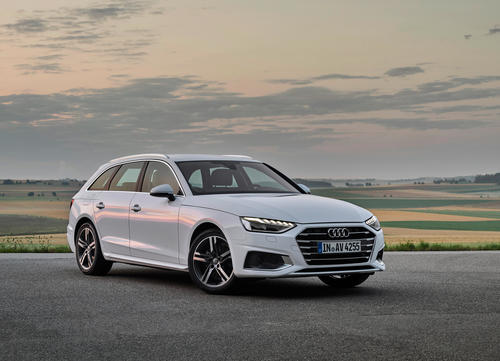 The Audi Group, with its brands Audi, Lamborghini and Ducati, is one of the most successful manufacturers of automobiles and motorcycles in the premium segment. Together with the Volkswagen Group, Audi was one of the first companies to commit itself to the goals of the Paris Agreement. In the long term, it is pursuing a vision of carbon-neutral mobility and want to achieve net-zero carbon emissions for the entire company by 2050.

1. Environmental management in the Audi Group

The Board of Management defines the environmental policy, which is binding for AUDI AG sites. Its requirements are reviewed periodically and amended as necessary.

It applies to all products, services and activities, and is implemented at all levels of the company. The Environmental Protection organizational unit coordinates the Audi Group’s activities in the area of ecology and is the central contact for the respective environmental protection bodies of the Volkswagen Group. It develops overarching and strategic regulations and implements these in practice.

Loss of biodiversity is one of the greatest challenges alongside climate change. Audi is committed to preserving biodiversity and thus joined the “Biodiversity in Good Company” initiative in 2015.

A very large biodiversity project can be witnessed on the Audi plant premises in Münchsmünster near Ingolstadt, where Audi has turned 17 hectares of the total 31-hectare site over to nature. To date, more than 110 plant species have flourished there and more than 90 species of wild bees have found a new habitat. Low-yield pasture, as well as herbaceous perennial and woody plants, are just some examples of what can be found in the biotope-like expanse. Sand heaps, insect hotels, and areas with dead wood, among others, have been integrated into the terrain at the Neuburg site. Creating good habitats: Seed mixtures with more than 35 flower species were planted on a number of former lawns at the Audi site in Neckarsulm to create habitats and food sources for insects.

Low-yield pastures with native plant species were sown at Audi in Brussels.

The company created a green belt around the plant at San José Chiapa in Mexico and planted more than 100,000 trees over a surface area of 100 hectares in the neighboring community of San José Ozumba. A Pannonian steppe area typical of the region can be found at the Audi premises in Győr (Hungary).

Audi Stiftung für Umwelt – the Audi Environmental Foundation – is an active supporter of research in new technologies and scientific methods for a livable future. Its aim is to contribute to and raise awareness of environmental protection and to inspire sustainable conduct.

The Audi Environmental Foundation, therefore, focuses on the promotion and development of innovative, environmentally compatible technologies as well as measures for environmental education and the protection of the natural resources of humans, animals and plants. AUDI AG established the foundation as a wholly-owned subsidiary in 2009 with a view to strengthening its social and environmental commitment.

The Audi Environmental Foundation’s commitment is multifaceted and of a long-term nature. It ranges from efforts to preserve the natural resources of humans, animals and plants to promote the use of new technologies for the environment. The latter is based on the guiding principle of “greenovation.” The idea behind this concept is to combine traditional environmental protection with new technologies in key projects and to use the knowledge gained to make a valuable contribution to society (open source).

The 2019 reporting year saw numerous successful projects here: In terms of technology, the Clear Rivers project stands out in particular. Working with Audi Brussels and the Port of Brussels, in March 2019 the Audi Environmental Foundation and its project partner developed and installed a special plastic collecting basin. Referred to as a litter trap, it ensures that plastic does not find its way into the open sea through the canal. The project partners then use the collected waste for an innovative, new purpose. To raise awareness, part of the collected waste is recycled and used to produce eye-catching benches by means of innovative 3D printing technology.

Naturally, the Audi Environmental Foundation also pursued many other projects in 2019, such as promoting young scientists by establishing the SRM Award together with the Technical University of Munich. It also inspired Audi employees to take part in environmental campaigns themselves – for example, with its “Mach Mit!” program or its plogging events. Plogging is a fitness and environmental trend from Sweden that combines jogging with picking up garbage (plocka upp in Swedish).

4. Audi’s Local Commitments across the Globe

In order to decide the direction of its commitment, the group bases its action while considering the unique identity and requirements of every site. Local corporate citizenship of the company can therefore have various different focal points. Audi has defined global principles for corporate citizenship as an orientation guide. Intended as long-term parameters, they help with the selection and development of targeted location development measures and clarify the common understanding that runs like a common thread through the various measures at the locations.

Local activities at the sites are designed to promote the development of the respective region and enhance its attractiveness for businesses, employees and society. Audi stands up for the disadvantaged and supports mobility projects as well as activities that contribute to the education and training of children, adolescents and adults. In the area of technology, Audi backs projects that allow the company to put its know-how to good use.

Equally, Audi employees frequently demonstrate solidarity in various campaigns and calls to raise funds: In the year under review, the Christmas appeal and the “Last Cents” campaign at the sites in Ingolstadt and Neckarsulm raised an amount of around EUR 1.297 million.

4.1 The Audi Habita project in Mexico

Is learning to act sustainably easy? Yes, it is – especially when you do it in a playful way. The Audi Habita project in Mexico proves this. At its production location in San José Chiapa, Audi actively promotes a sustainable future. Specifically, children from the surrounding area learn in simple ways how important it is to treat nature in a sustainable manner. On two project days, 30 students find out what it takes to make the production of cars sustainable. For example, they use magnifying glasses to examine the water from the production site’s water purification system. There the kids discover microorganisms that enable Audi to save 100,000 cubic meters of wastewater each year.

Do soccer and poetry go together? Yes, quite well, actually! And the organization America SCORES proved this in 2019 thanks to support from Audi. This non-profit organization works with public schools in low-income communities and offers extracurricular activities for elementary and junior high school students. The students not only play soccer, they also play with words, writing their own poems that they then perform at poetry slams. America SCORES is helping more than 13,000 students from 311 schools in 12 cities. About 85% of the participants live at or below the poverty line.

In Germany, Audi Team Activities, which are part of Audi Volunteers, saw employees in Ingolstadt and Neckarsulm supporting charitable institutions throughout 2019. The employees were also encouraged by Audi in their endeavours. The aim is to promote the welfare of children, senior citizens, people with disabilities and all those who need support, whether in small or large ways. A positive side effect: Team Activities simultaneously offer an excellent opportunity for team-building and strengthen the team spirit. Audi Volunteer Day in May 2019 was also a success: More than 300 Audi employees volunteered to help out at 42 social institutions.

In 2019, FAW-VW Audi entered into a strategic cooperation with the China Children and Teenager Fund (CCTF) to support several social projects. The best-known is a project called Spring Bud, which was launched as early as 1989 by the All China Women’s Federation (ACWF) with the aim of promoting women and helping female school drop-outs return to the educational system more easily. However, this is not the only welfare project of the CCTF: The organization also strives to improve teaching conditions in povertystricken areas as well as the health conditions of children and adolescents in general. One of the organization’s highlights is the Spring Bud Dream Camp, which gives young people the opportunity to delve into research and new technologies.

The figures are impressive: In the 30 years of its existence, the organization has supported more than 3.6 million girls and young women as well as over 1,800 schools.

KiSS Program: In Italy, Ducati continued its KiSS program in 2019. KiSS stands for “Keep it Shiny and Sustainable.” The aim of the program is to raise public awareness of the importance of sustainable conduct at major sporting events such as the MotoGP championship as well as in our day-to-day lives.

Girlstech: At Italdesign, the daughters of employees were given the opportunity to explore the working world of the automotive industry. The goal was to increase the number of women interested in the subjects of mathematics, IT, science and technology.

Carpooling: In Italy, the employees at Lamborghini not only work together well, they also often travel to work together. Thanks to a corporate carpool service, the company is able to save carbon dioxide even on the way to work. Another advantage is that employees are less stressed by the journey to work.

Disclaimer: This article primarily contains excerpts from the Audi Sustainability Report published in 2020. 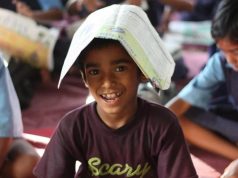 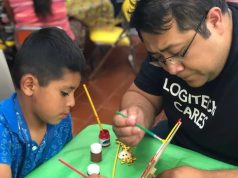 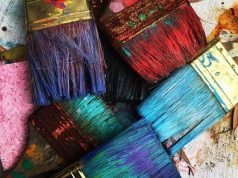