Cosmo Foundation, the social arm of Cosmo Films Ltd., has installed a new carbon compacting plant in the Valley. This CSR activity is part of its green initiatives to support the Indian Army and offset the carbon footprint of increasing non-biodegradable materials generated by the locally stationed troops in the Poonch and Mendhar districts of Jammu and Kashmir.

With an aim to augment the existing carbon compacting plant in the Rajouri district, the new Tetra Pak Milk (TPM) compacting plant will compact the empty TPM cartons into small pellets which will be cost-effectively expedited to a recycling plant at Khatima, near Dehradun in Uttarakhand.

The induction of the specialized carbon compacting plant, undertaken by Cosmo Foundation in line with its sustainability initiatives, is an effort to reduce the non-biodegradable annual waste of 12,00,000 empty cartons of one-litre milk Tetra Paks – consumed by the Indian army due to rarity of fresh produce in the often-inhospitable terrains where the troops operate. They are procured from civil traders in Maharashtra, Karnataka, Punjab and Jaipur for troops stationed along the border as a part of daily rations – and recycle this vast quantity of aseptic packages containing layers of plastic and aluminium.

Yamini Jaipuria, Managing Trustee, Cosmo Foundation notes, “The addition of the compacting plant in Poonch will aid in creating a sustainable recycling chain in the Valley and will be another step forward under Cosmo Foundation’s Green and Clean Initiatives. It is indeed, an honour for us to contribute to the Indian Army through this small step in their ecological drive.” 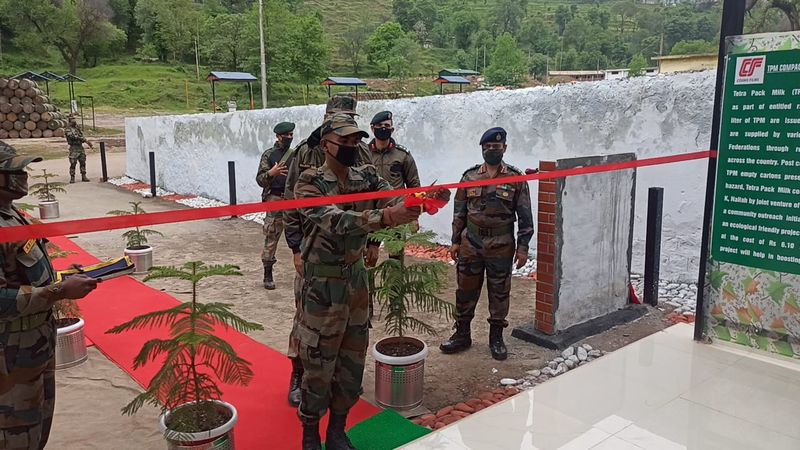 On the occasion, Major General Rajeev Puri, VSM, General Officer Commanding, noted, “This is to express my sincere gratitude to Cosmo Foundation for its contribution to the armed forces in an effort to conserve our environment and boost the ecology.”