Never ending or beginning on an ever spinning reel

Like a snowball down a mountain, or a carnival balloon

Like a carousel that’s turning running rings around the moon

And the world is like an apple whirling silently in space

Like the circles that you find in the windmills of your mind!

I start with the 1968 song The Windmills of your Mind, which to me speaks so lyrically and poignantly of the painful grip of confusional states.

Firstly we need to differentiate between a state of not knowing what to do or choose because one is torn between two alternatives while being fully aware of both. This is a state of indecision, of being caught in a bind. However, Confusional States are disturbed states of mind, when one cannot accept hated parts of the self. These parts are then split off from our conscious minds, creating a chronic inability to differentiate between reality and phantasy.  Like in the song above, it has ripple effects and extends to more and more facets of everyday life, leaving the person imprisoned and tortured by these constantly whirring sails of the internal windmill of his mind.

These kinds of confusion have their base in the very first conflict between the impulses of love and hate, towards one’s earliest relationship, that have not been resolved and cannot be resolved. It may be due to historical reasons of a difficult childhood, or a propensity to dwell more on experiences of frustration rather than those of satisfaction. When there isn’t faith enough in the goodness of the other, there follows that there cannot be a firm belief in the goodness of the self.

Freud wrote: “He who doubts his love, must doubt everything else.

This leads like a spiral ever upwards or like a wheel within a wheel, never ending. Confusion between what is real and what is phantasy, as the mind clings to more and more “injuries” real and imagined, the world outside becomes more and more hostile.

In order to protect oneself from the damage that hatred can bring, hated parts of the self are projected on to other people or ideas, or objects. But in projecting and disowning parts of the self, one loses parts of one’s own identity as only the “good” is allowed. A stark example is Robert Louis Stevenson’s novel The Strange Story of Dr. Jekyll and Mr. Hyde. In the novel, there is so much denial of the angry, hating parts of the self that now it is hallucinated as another person.

Any reintegration of what is felt as bad into the self is seen as a threat and more and more splitting of the awareness of the self takes place, creating a very weak, attenuated and fragile Ego or Sense of Self. With the excessive denial of parts of the self, the tolerance and capacity to balance facts on a real basis, are also weakened. This leads to Confusional States and an inability to stay in reality. We can then have, Confusion of Identity, confusion between self and others, confusion between good and bad, confusion between love and hate.

Confusion and the mental pain and anguish this causes can often be transferred to bodily symptoms, various behavioural inhibitions, problematic relations, inability to work, etc.

The person gets more confused, till he ceases to be able to reason and is also seen by others as not living in the “real” world, but in a world of his own creation, becoming more and more isolated.

Here are a series of paintings by Louis Wain, a British artist in the late 19th century that pictorially show the torture of a confused mind. His early paintings were of cute cats, but as his mental illness grew, his paintings gradually became more and more splintered, confused and bizarre.

These states can be overcome and healed with psychoanalytic therapy, which seeks to understand the genesis of this confusion and follow the track of its growth. The biggest pity is that often the sufferer is terrified of his mental pain and prefers to live in the delusion that the problem is with the world and not him. In such cases, close relatives can seek out a therapist who can help the victim of confusion to get back to a productive life and good relationships. He can regain his health and take his place in the world of relationships. 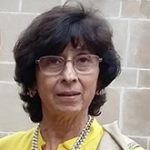 Minnie Dastur is Senior Training Analyst (Adult & Child) at the Psychoanalytic Therapy and Research Centre (PTRC), a premier training institute for child and adult therapy. She is a member of the Tavistock Society of Psychotherapists. As a member of the China Committee of the International Psychoanalytic Association, she has conducted teaching workshops in Wuhan, Beijing and Shanghai for Chinese psychoanalytic candidates on Body-Mind-Body psychic functioning, Countertransference and the work of Wilfred Bion.