The same report also listed individuals like Nandan and Rohini Nilekani, NR Narayana Murthy, K Dinesh and family, Shiv Nadar, Sunny Varkey and family, Ronnie Screwvala, Rahul Bajaj and family, and Pallonji Mistry as the top 10 philanthropists in India, alongside Premji. These individuals have diverted immense personal wealth to causes that they intensely believe in, that range from education to health, urban governance to social development, facilitating livelihoods to creating empowerment.

These corporate leaders have shown the way in giving for social causes from their personal wealth. In a way, they have given a stimulus for philanthropy to grow in India, and lead the way towards creating a more equitable and just society.

The nation is in the process of accelerating the implementation of the corporate social responsibility (wp) regulations under the new Companies Act. The Act not only makes contributions by large profitable companies mandatory but is also likely to improve the governance of the non-profit space by stipulating programmatic donations from corporations and oversight from their wp boards. wp is now a legal requirement and is mandatory for companies that make profit. Donations under wp are linked to the company’s strategy.

However, individual philanthropy is neither a legal requirement nor mandatory. It is something that emerges from the heart. Therefore, it has much more personal value than wp and connects the donor emotionally to the citizenry. The new Companies Act will also trigger a positive disruption in the philanthropy space, bringing in more corporate donors and creating greater accountability and transparency.

While wp is important for non-profit organizations engaged in social work to build a strong corpus for the long run, individual philanthropy is required to spread the concept of giving horizontally to cover more segments of society. So any developing society needs both wp and individual philanthropy to work in collectively and yet complement each other.

Business families that have been giving for philanthropy for generations have well-entrenched processes to facilitate this. But it is gratifying to find that more and more individuals in India are now opening their purse strings. Many of them are first-time philanthropists in their families. However, individuals often find themselves at a loss when picking a cause or following through with significant engagement, in terms of both time and money. This can be addressed by making the receiving organizations more structured with higher transparency and accountability.

Historically, giving in India has been largely family endowments to institutions. But in recent years, individuals and professionals are getting together to seed and fund initiatives in a collaborative manner. Individuals are feeling more comfortable sharing their experiences and helping each other to scale up and measure the impact of their philanthropy. An example of this is, Sudarshan Jain and his wife Vanmala, First Giver’s Club (FCG) members of non-profit organization Give India, have been doing. They run a vocational training centre in Mumbai for school dropouts and women. They have also obtained a certification for their products and endorsements from agencies on the social impact their project creates.

In 1999, Dell founder Michael Dell and his wife Susan established the Michael & Susan Dell Foundation, which focuses on, among other causes, grants, urban education, childhood health and family economic stability. The foundation has provided $65 million in grants to three health-related organizations associated with the University of Texas. By 2010, the foundation had committed more than USD 650 million to children’s issues and community initiatives in the United States, India and South Africa. In 2012, the Foundation committed $50 million for medical education and in 2014, it donated USD 1.8 million to the Friends of the Israel Defence Forces.

The Bill & Melinda Gates Foundation, launched in 2000 by Microsoft founder Bill Gates and his wife Melinda, is said to be the largest transparently operated private foundation in the world. The primary aims of the foundation are, globally, to enhance healthcare and reduce extreme poverty, and in America, to expand educational opportunities and access to information technology. The Foundation had an endowment of USD 44.3 billion at the end of 2014. The scale of the foundation and the way it seeks to apply business techniques to giving makes it one of the leaders in venture philanthropy.

In comparison, philanthropy by foundations in India is still at a nascent stage. While a good beginning has been made, the process has to be much more structured to make it sustainable over a long period as in the US.

But there is a silver lining. According to “Indian Philanthropy Report 2015” by Bain & Company, in 2009, only 14% of the adult population across India donated cash and some 12% donated their time. In 2013, 28% of the adult population donated money and 21% donated their time. This meant a staggering increase of more than 100 million more Indians making donations in cash or time than in 2009. A strong economy, growing wealth and greater global interest in India have underpinned this growth in the philanthropic activity of individuals and corporations.

A case in point is Swades Foundation started by media baron Ronnie Screwvala and his wife Zarina. The Foundation operates with the single-minded focus of empowering rural India. It believes that the partnership of rural India with corporates, young urban India, the Government and other foundations is the key to create a permanent and irreversible change for good. For this, the Foundation has created a model of sustainable development, which is a benchmark in the industry and can be replicated on a large scale. Swades’ mission is to empower 1 million rural Indians every five years, creating a permanent, irreversible change for good.

Sampark Foundation, started by former HCL Technologies CEO Vineet Nayar, has been consistently working on improving education, climate, livelihood and entrepreneurship in the rural areas. The philanthropic work of foundations belonging to TATA and the Birlas, are of course, legion.

But the major bottleneck, still, is the difficulty in finding credible non-profit organisations. The bulk of the non-profit sector is trapped pursuing a large number of disconnected donors. As a result, philanthropy in India has become two-tiered. Sophisticated donors are choosing to work with a small number of highly credible non-profit organisations. Disconnected donors and unsophisticated non-profits are trapped in an unending and unproductive pursuit of new causes and new funders respectively.

Non-profit organizations should not only motivate people to give, but also create awareness by showcasing the philanthropy of their donors. We need to create an ocean of givers. More and more Indians need to realize that nothing can be more satisfying in life than giving. 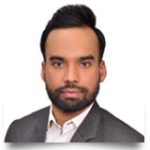 Rajneesh Chowdhury is Vice-President at The PRactice, a strategic public relations firm. His work focuses on stakeholder engagement strategy, corporate reputation advisory and employee communications. He publishes widely in the field of management systems thinking and application. 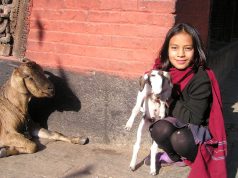