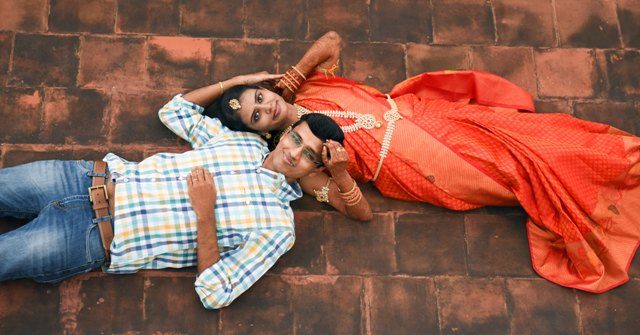 Feminism has never been about getting a job for one woman. It’s about making life fairer for women everywhere. It’s not about a piece of the existing pie; there are too many of us for that. It’s about baking a new pie

Gender inequality is not only a pressing moral and social issue but also a critical economic challenge.

India has a larger relative economic value at stake from advancing gender equality than any of the 10 regions analysed in a McKinsey Global Institute report, ‘The Power of Parity: How Advancing Women’s Equality Can add $12 Trillion to Global Growth’. The report says that if all countries were to match the momentum towards gender parity of the fastest-improving countries in their region, $12 trillion a year could be added to global GDP. India could add $700 billion of additional GDP in 2025, boosting the annual GDP growth by 1.4 percentage points.

Gender remains a critically important and largely ignored lens to view development issues across the world. Gender inequality is not only a pressing moral and social issue but also a critical economic challenge. India has a larger relative economic value at stake in advancing gender equality. However, despite some significant gains, some gaps remain.

Empowering women is the solution to many problems on a global level, right from poverty. Societies that take the effort to empower women show better development indices, are better governed, more stable, and are less prone to violence. On the other hand, societies that limit women’s educational and employment opportunities and where women’s political voices are poorer, are more prone to corruption.

Financial inclusion offers the power to change families and societies. According to Christine Lagarde, Managing Director, International Monetary Fund (IMF). “Women, in particular, often bear the brunt of poverty and limited access to economic opportunity, including unfavourable financial access… Inequality is not just a moral issue—it is a macroeconomic issue… Growth has to be more inclusive, and for this, finance has to be more inclusive… to close the gender and inequality gap.”

The World Bank recently published the results of its Global Findex Survey (2017) less than a fifth (16.7%) save formally, (at banks); 10% did so in 2014. The low preference for formal savings compares unfavourably with 30% of their Chinese and 26% global peers who save at a financial institution. Women trail behind even more in access to formal credit markets. The extent of their access to bank loans and dependence upon informal sources remained unchanged between 2014 and 2017 as per two Findex rounds in these years. Only 5% took out a loan—less than half their Chinese counterparts (11%) and below the global 9%; while 30% continue to borrow informally (family and friends), the same as in 2014.

Gender stereotypes can influence how banks craft and distribute financial products in ways that make it harder for women to get the help they need, according to the CEO of Women World Banking, Mary Ellen Iskenderian.

When more people have access to affordable and good quality financial services, they have more opportunities to thrive. This is especially true for women, who are often underserved by traditional financial institutions. Every client is unique and   women, in particular, may prefer more focus on savings rather than credit. In all societies, no matter how oppressed women are or the level of their literacy, they remain the stewards of household savings. They require financial products and services that appreciate their experience and perspective.

Financial inclusion of women enhances their self-confidence and places financial decision-making power in their hands resulting in large development payoffs. It is often cited as an essential tool in helping women in particular rise from poverty. The theory goes that when you empower women financially they’re able to secure their families’ welfare and create pathways toward education and improved quality of life for their children.

Iskenderun has set the right tone for a more women–enabling financial inclusion agenda: “There is a strong connection between women’s access to financial products and services and greater opportunity not only for that woman herself, her family and her community, but really for the nation as a whole. Women are far more likely than men to spend money they have under their discretion on the education of their children, healthcare for their family and improving their housing. And those are the kinds of developmental changes that can really have long-term intergenerational impact.”

We do not necessarily need gender-specific policies, but rather policies that work for women. We need an enabling environment that incorporates women’s perspectives. We must understand that financially empowering women generates a multiplier effect in having a substantial impact on the well being of future generations. 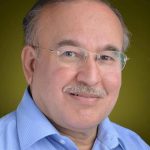 Dr Moin Qazi is an author, researcher and development professional who has spent four decades in the development sector. He has been appointed a new member of National Institution for Transforming India (NITI) Aayog Committee on Financial Inclusion for Women. He has worked for three decades with State Bank of India as a grassroots field officer, program manager, policy maker and researcher in development finance.